A few weeks ago we (René, Iwan, Heleentje, Pieter-Jan, Thijs and myself) set out for what was to be a third trip orientated at seeing a Pyrenean desman Galemys pyrenaicus. Desman being the Nr 1 target species on the mammal lists of Iwan and me. For two years we had been trying to see or catch them with local scientists but unfortunately, no luck! 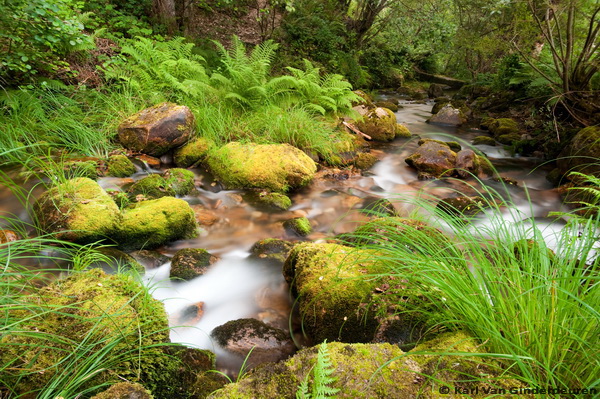 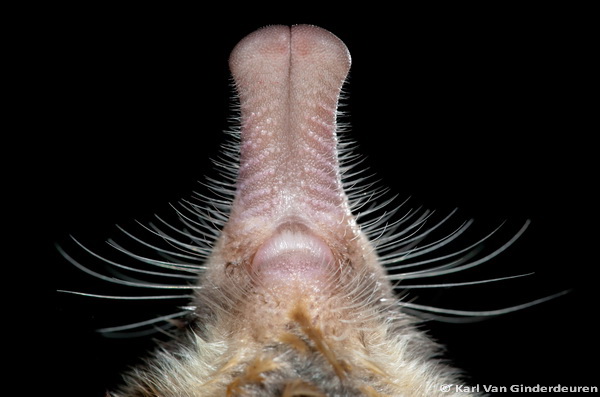 Pyrenean desmans resemble no other animal.
They occur in mountain streams from the south of France over the Pyrenees to Portugal.

The plan was to join a Summer camp organized by the famous Dutch mammal society (Veldwerkgroep => www.zoogdiervereniging.nl), organized in Galicia (within the Galemys distribution range!).

These are very skilled people when it comes to inventorying smaller mammals. We were happy to join.

One week before departure, Jan Kelchtermans (who else), saw a desman foraging on a well known location for Galemys in France near Lourdes. This with wife and kid, on a summer holiday, after just half an hour of trying. Many agitated phone calls followed from Belgium to Lourdes; we decided to leave early and spend two days and nights at this location, before taking part in the summer camp. 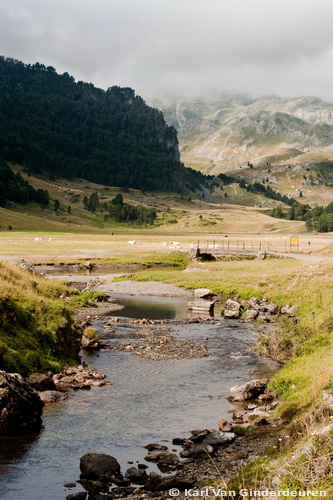 The spot for Pyrenean desman in France, where Jan had a sighting. 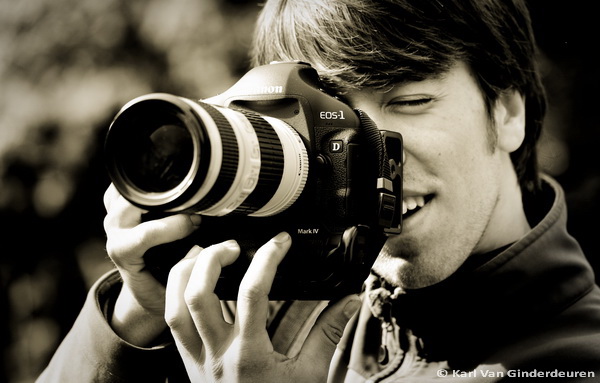 Pieter-Jan indicating he had the right gear for this trip

Two days and nights we staked out but no Mister snorkel… 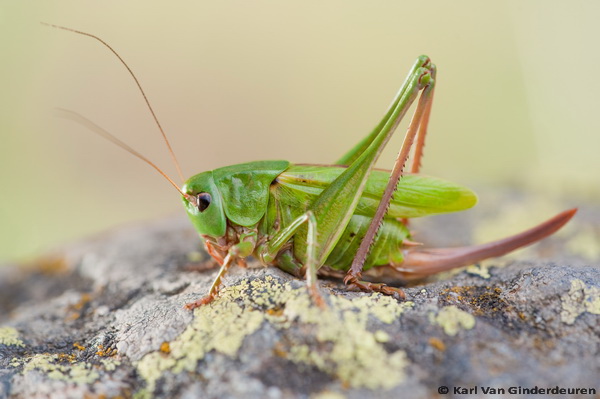 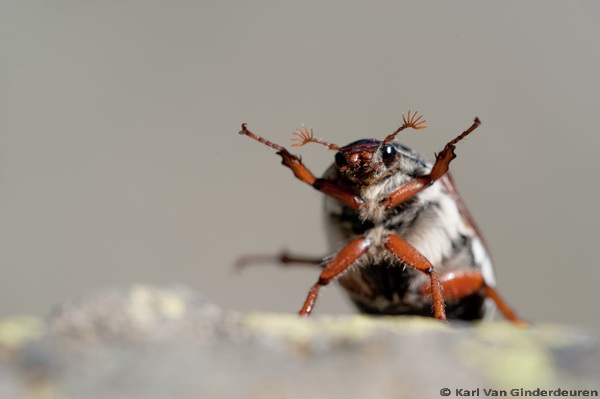 May bug, in July (Melolontha melolontha) 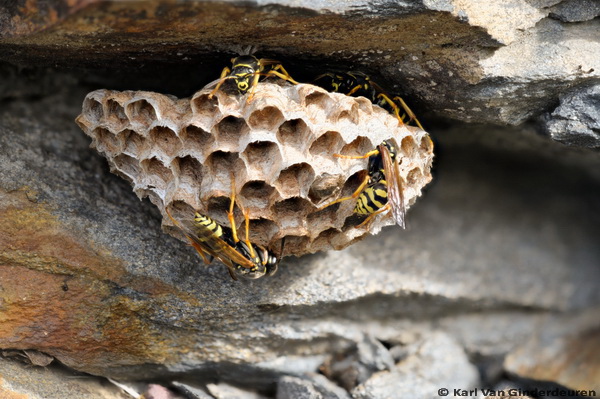 The summer camp was to be our last chance of yet another desman trip.

When arrived we met the Portuguese desman specialist Paulo Barros who explained how best to trap them. As usual Rene had proposed to buy more traps ourselves.

We placed the traps in some beautiful desman habitats, but could not find a single desman dropping on the stones and boulders in the middle of the rivers. O vanish hope. 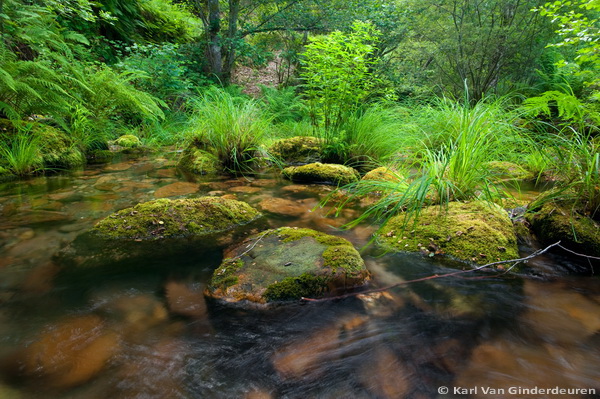 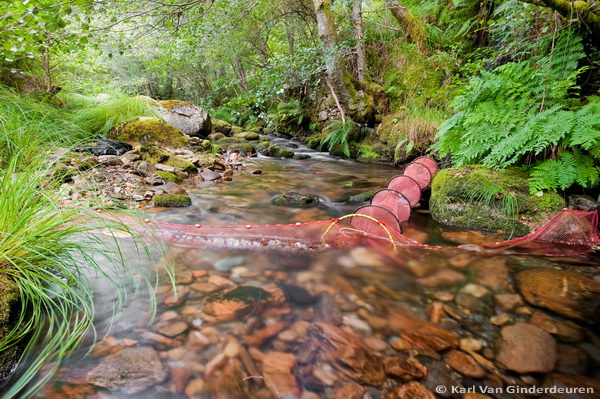 However, already the first night René and Pieter-Jan were lucky during their desman shift. Desman in one of Paulo’s desman traps.

What happened next was one big disillusion. Stressed out the desman quickly showed little signs of life. We tried to put it back on a stone and gave it at least half an hour to recover. No aquarium tricks or photoshoots were organized. I don’t think we  did anything wrong but yes, we killed it. I can’t describe what it feels like to finally see the species you’ve been looking for during several years and subsequently see it die. We were in a bad frame of mind. 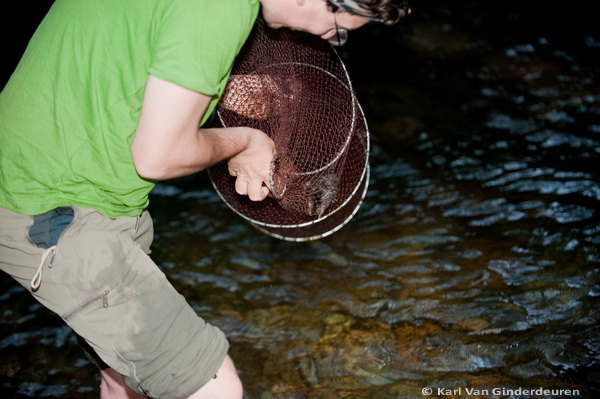 Desman in the trap 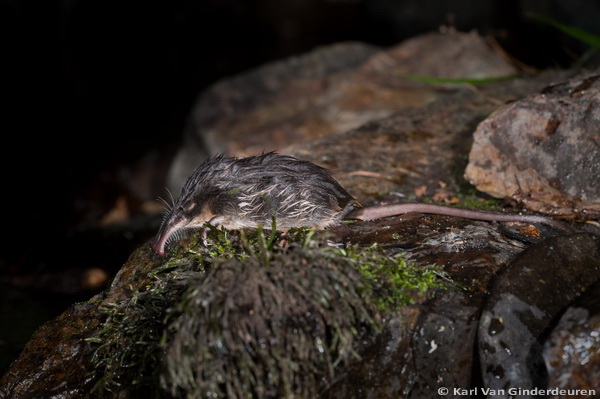 We immediately put it on a rock and give him a rest. But no succes.

Paulo assured us this dead desman would not go to waste (detailed measurements (showing it was very skinny), genetical and biochemical analyses, and finally stored as a specimen for the national museum). The local biologists kept us pushing hard the next days to study more river systems and find desman presence. And yes, we caught two more desmans. Way of trapping was exactly the same, and these two were very active (and aggressive). They allowed for pictures to be taken. I have fairly good images of desman now, but I decided not to publish these on the website. 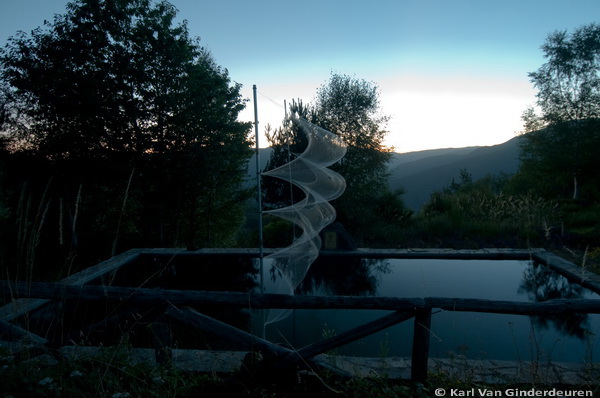 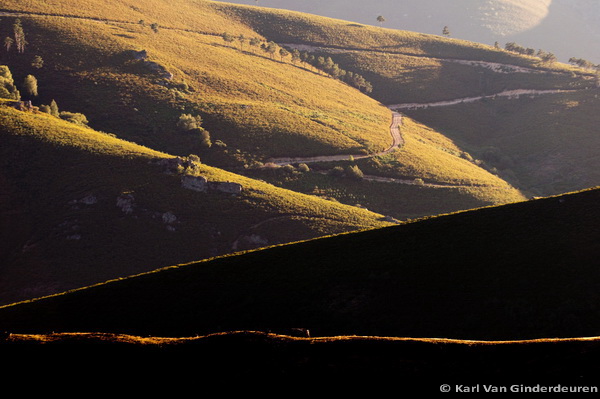 We also saw the only endemic mammal species of mainland spain: The local Broom hare (Lepus castroviejoi). This is the best spot to see them (at night). 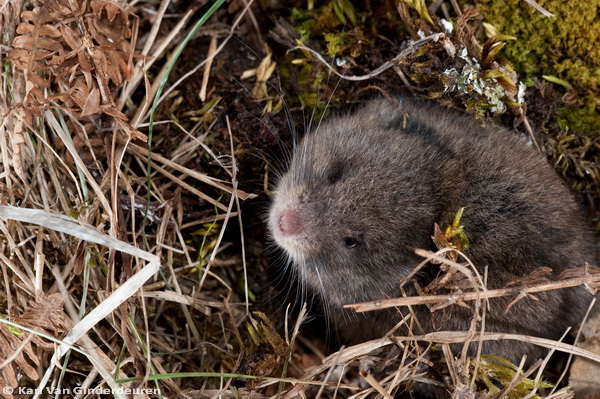 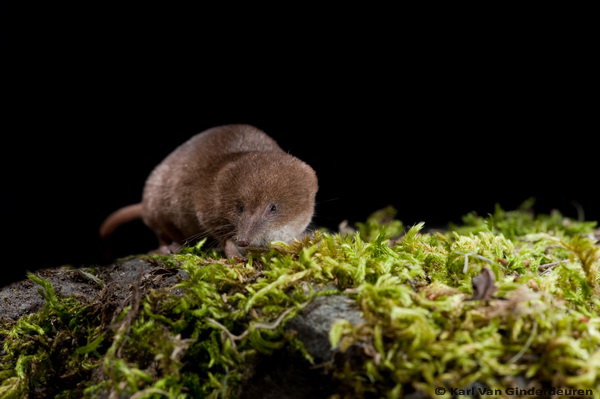 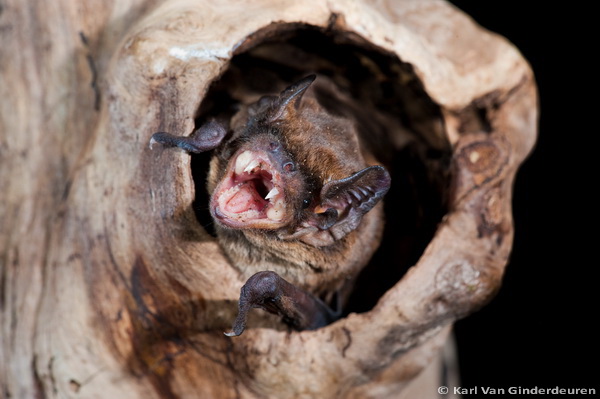 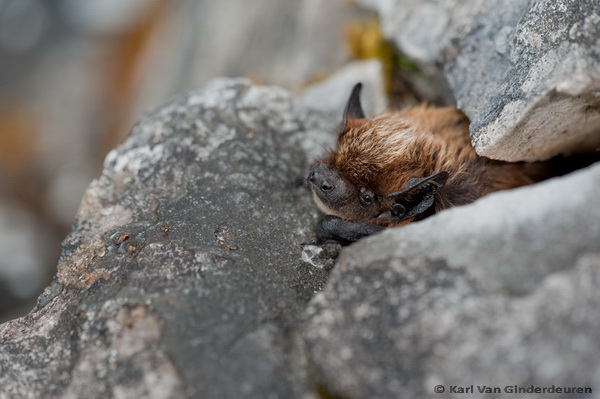 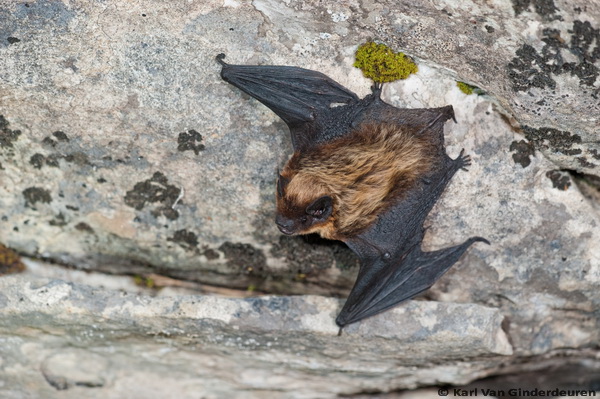 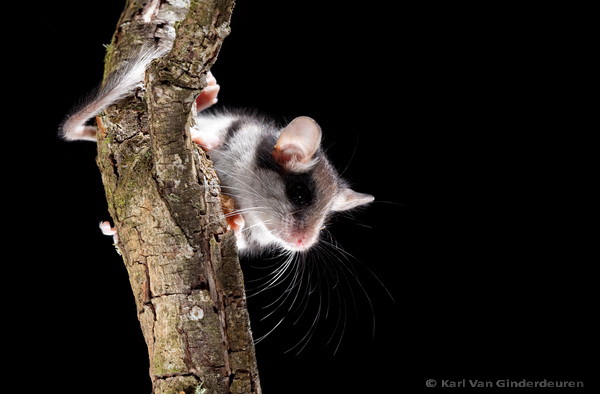 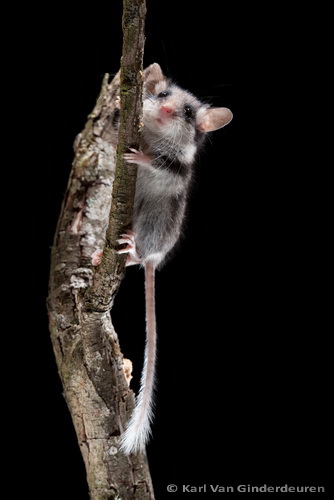 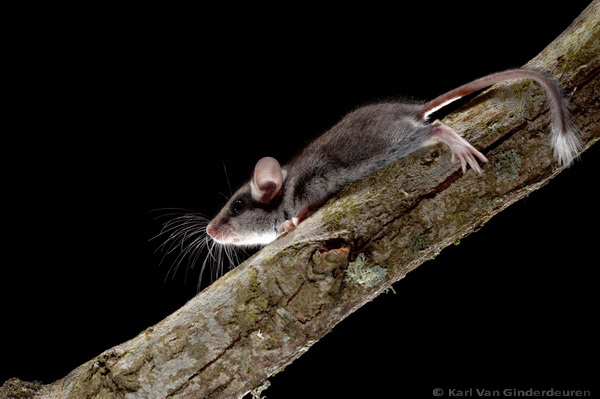 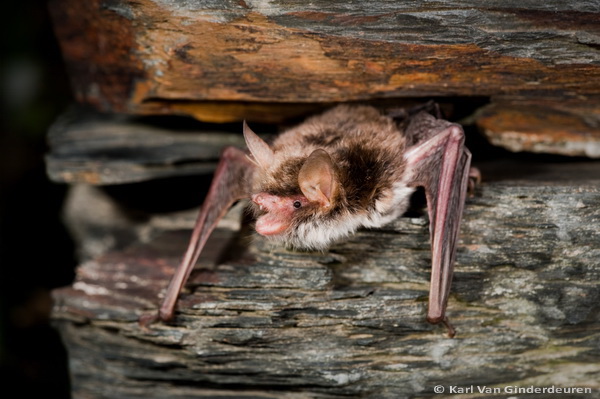 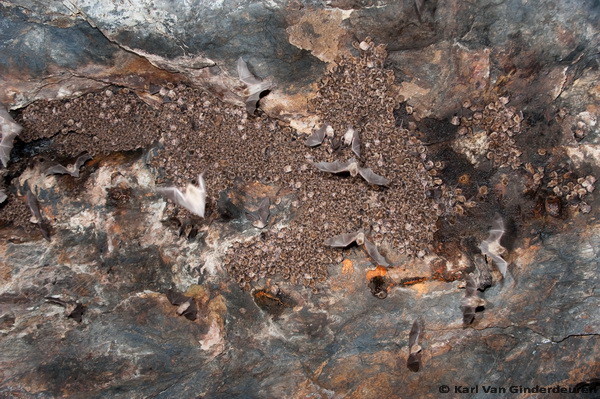 thousands of schreibers, mediterranean horseshoes (euryhale) and one Geoffroy’s bat (Myotis emarginatus) on the way home

When going home we quickly checked the best bear slopes in Asturias but no luck there.

One of the best bear lookouts in Asturias 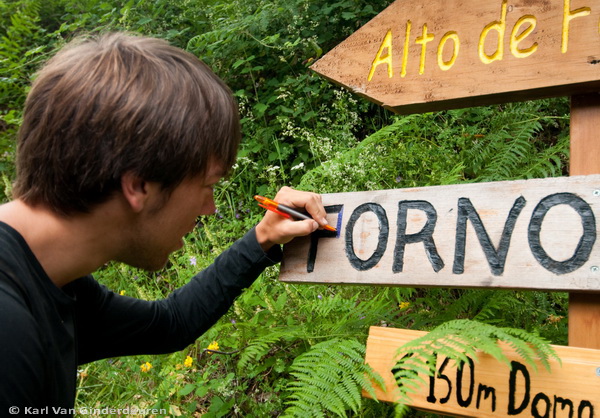 Big thanks to Jan Buys & VZZ for organizing this camp and for inviting us!

Also big thanks to Rene for help with the netting material!!