A long time ago, when I was cute and little, my dad used to take me out in the forest every weekend.

He was a hunter, with a profound knowledge of big mammals and their ecology. The type of hunter that uses his binoculars way more than he uses his rifle. I did not follow in his footsteps however, but took the photographic approach when it concerns big game tracking. Especially those with large canine teeth.

One of my favourite carnivore regions in Europe is Bieszczady, Poland. Vast forests cover thousands of acres and contain some of the highest densities of Bear, Lynx and Wolf in Europe. Also, this is where the European Bison still roams freely.

It was my fifth visit to Bieszczady and this is what I had seen so far on my previous trips:

Simply Implying it is far from easy to see large carnivores in the wild. Yet we were in the best season with quiet forests (hunting stops in December, so the forests had been deserted for four months), combined with hungry bears awakening from hibernation. 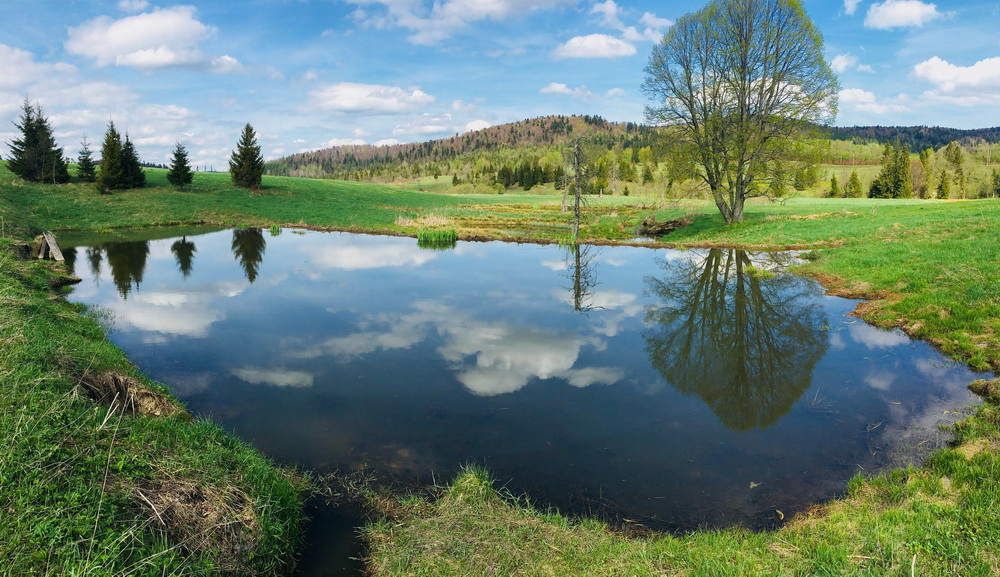 Bieszczady in spring time. What’s not to like. This beaver made himself a nice swimming pool.

A spring trip aimed at tracking down wolves, was the purpose of my voyage. And since these are so hard to find, I decided to take my own master tracker. Who had never seen wolves in the wild. 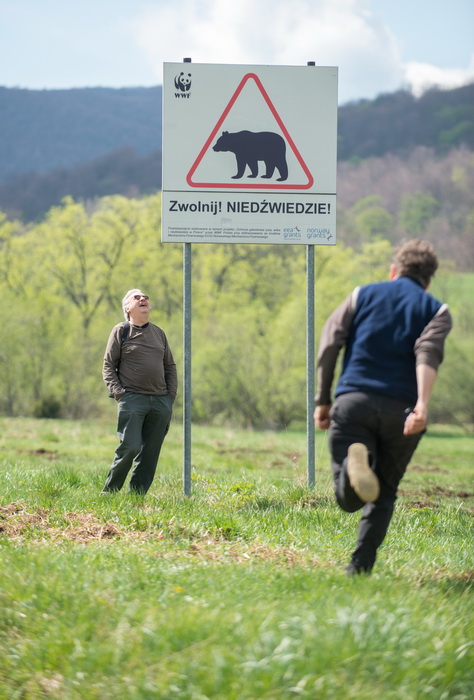 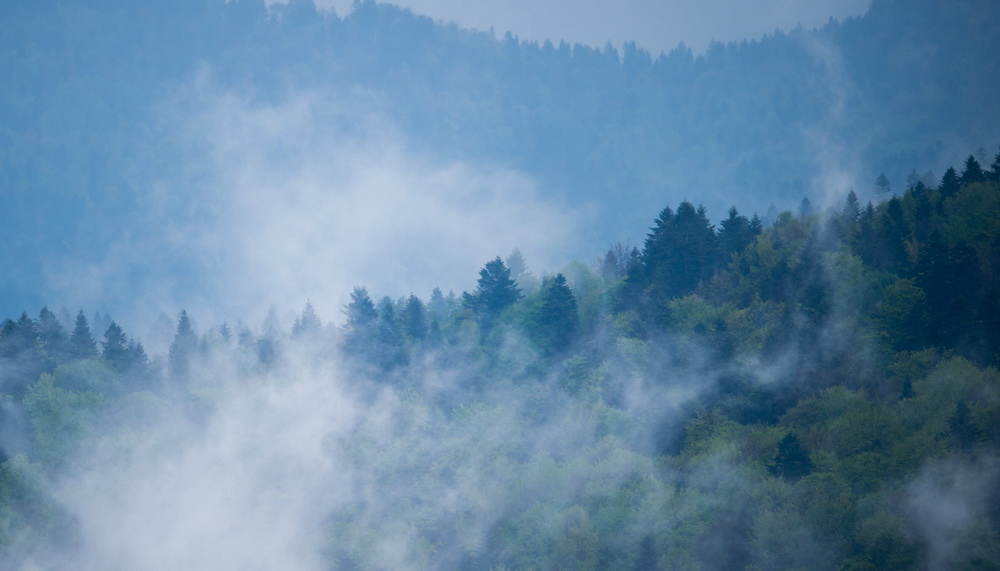 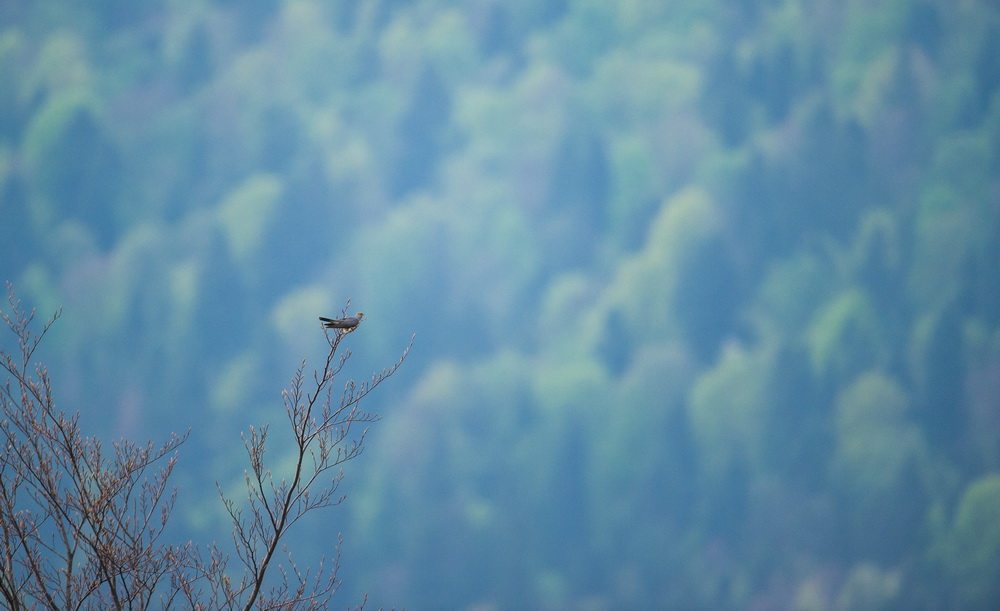 Cuckoo singing. Is there a more typical sound of spring? 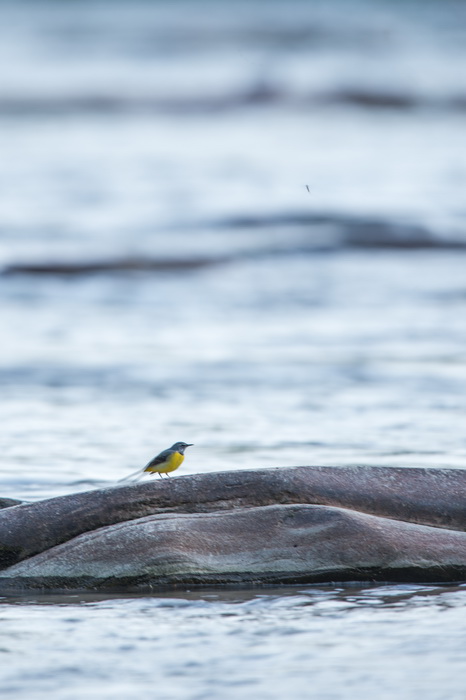 Grey wagtail in a rapid of the mighty river San. Long exposure. 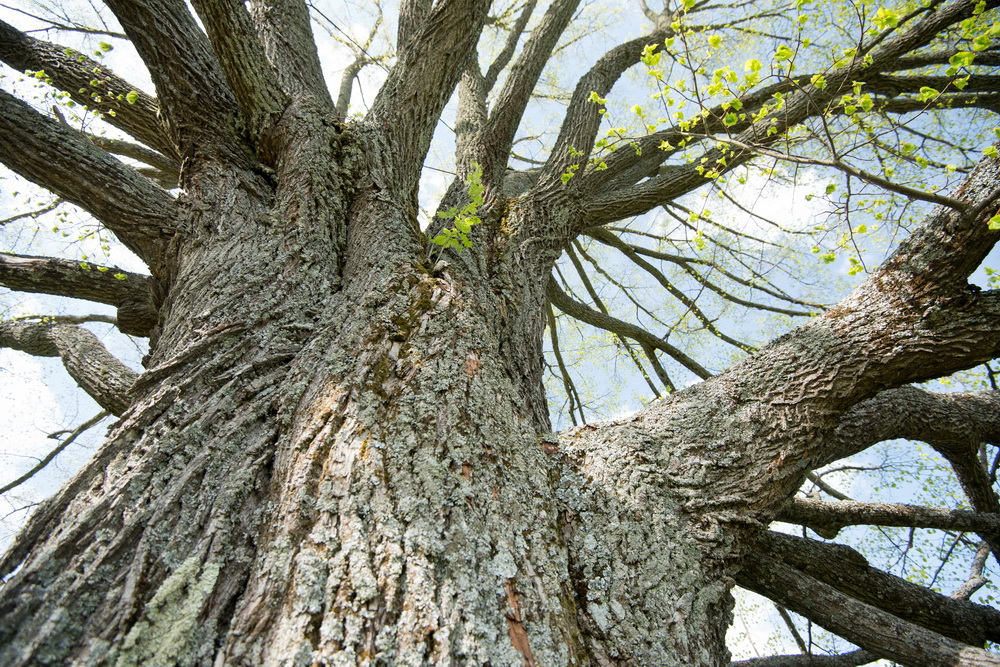 A life lasting maybe five centuries. Seemingly doing it without effort. I just love big trees, like this Linden.

A lot of time was spent scanning the open meadows, since April means grazing time for bison and bear. 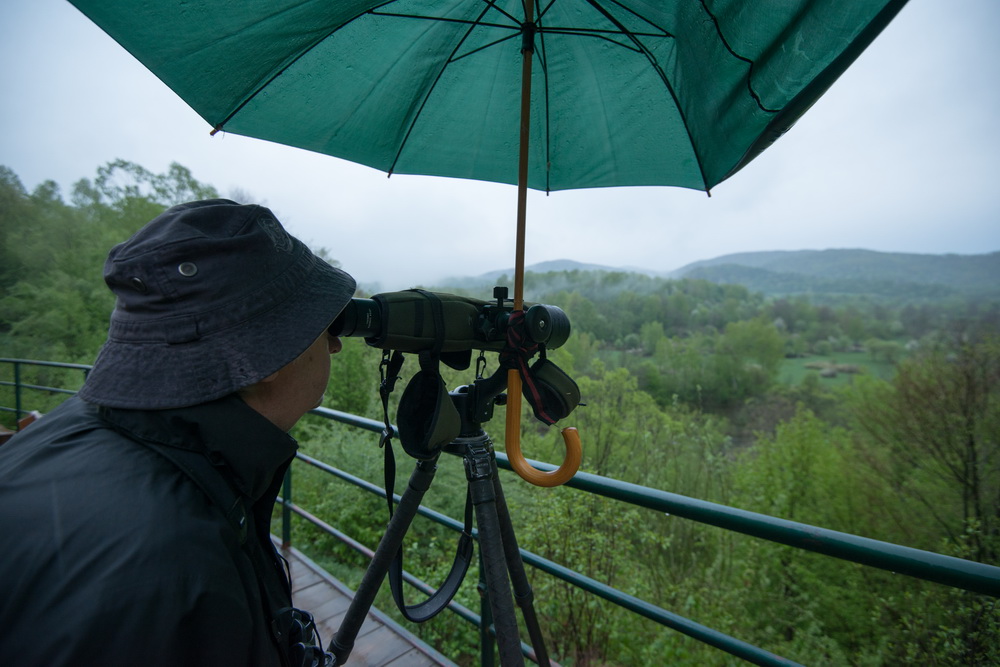 Holidays are meant to be relaxing, and this poses a problem when you visit Bieszczady in April: No chicks, No beach, But lots of sun!

However, the sun rises at 5am this time of year. So you kinda have to be in the forest by 4am. 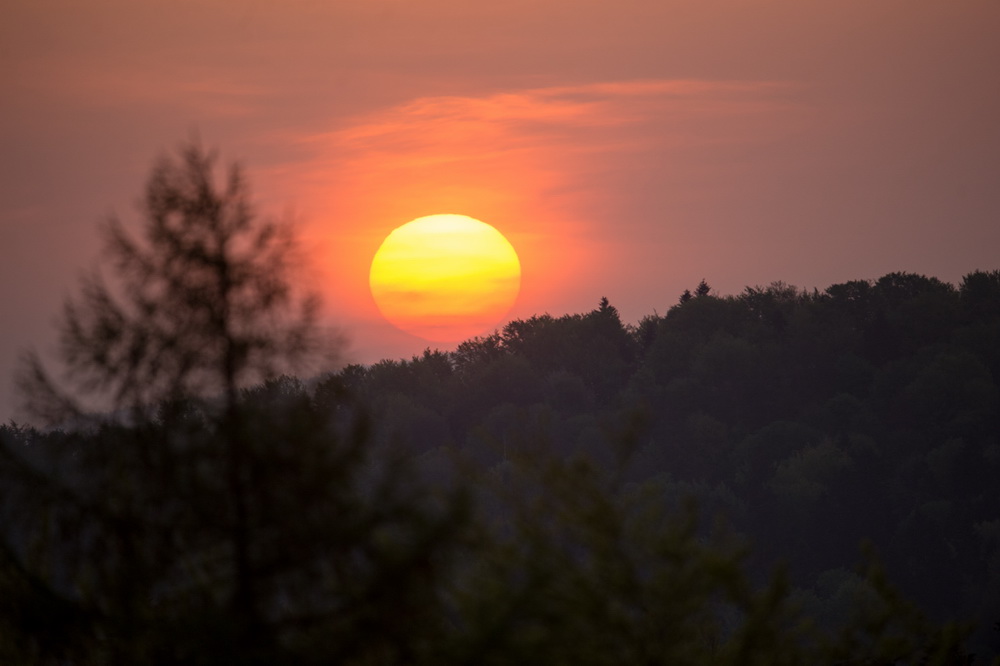 Meaning we had to push ourselves and do quiet hikes at dusk and dawn… With result: 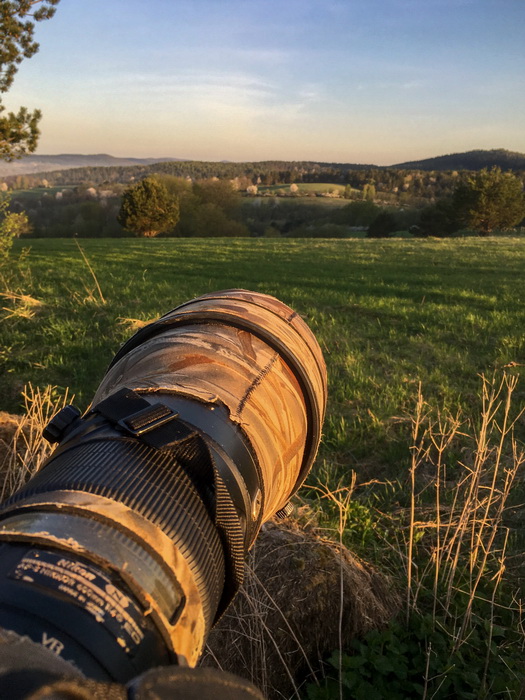 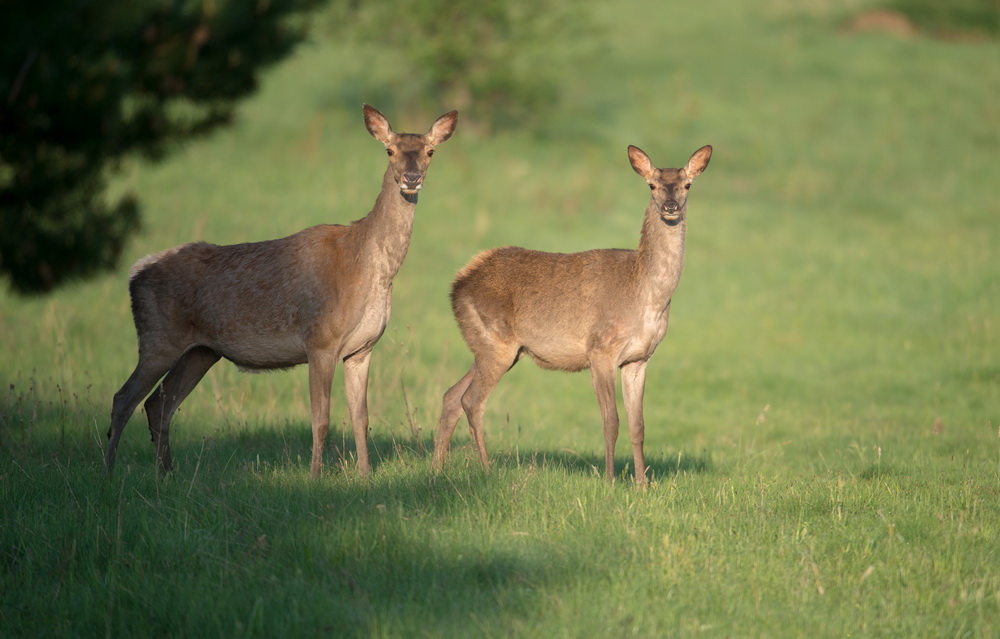 Red deer with a one year old calf. Mom was pregnant, which means that soon this calf was going to be pushed away.
Such one year old calf has never left the side of its mom, and one day just simply is pushed away (rather hard). Nature and its mysterious ways never ceases to amaze.

Meadows are nice and often show you wildlife, but many of the good stuff never leaves the forest. I stalked this shy roe deer buck and was able to observe him. Approaching a big boy like this is hard, they are very wary and you have to crawl up to them from under the wind. 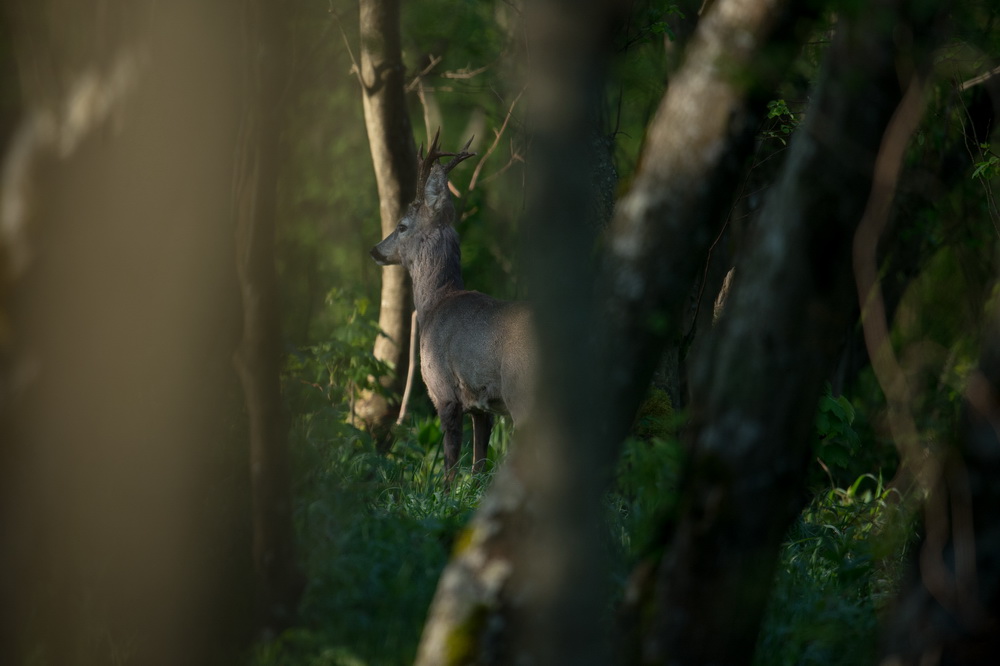 Bison were only reintroduced in the Carpathian mountains during the sixties, and all animals nowadays are descendant of just 12 (!) founding animals (of which 11 were low-land bison (Bialowieza), the remaining bull originating from the Carpathian mountains). This means that maintaining -and even creating- genetic diversity of the 3000 animals currently alive, is the highest priority. That is why animals even have been caught, and placed in other herds. 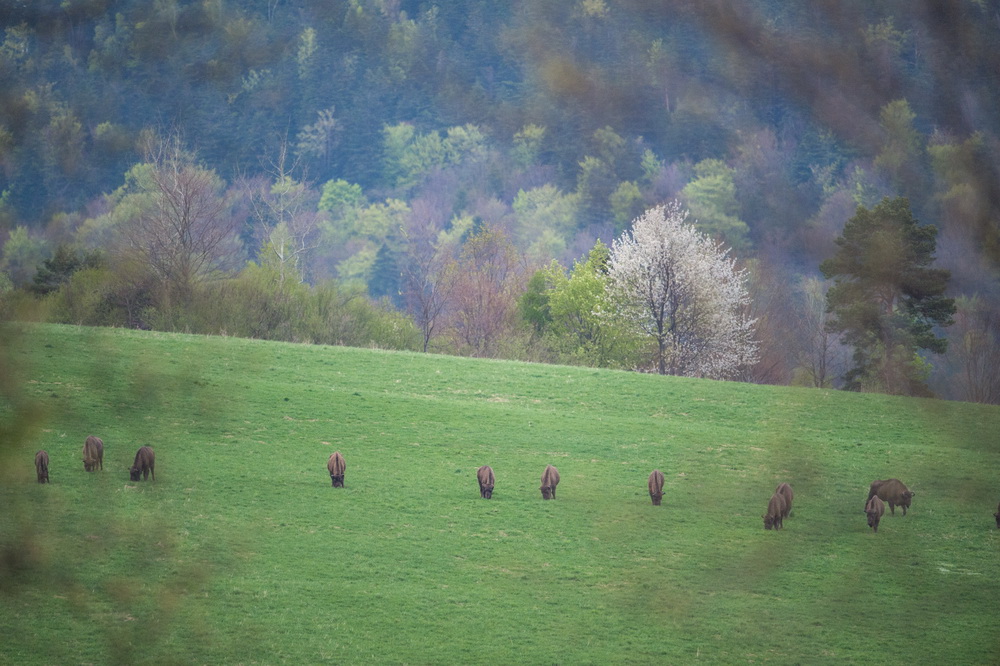 End of April truly is the best time since bison leave the forest and go grazing. 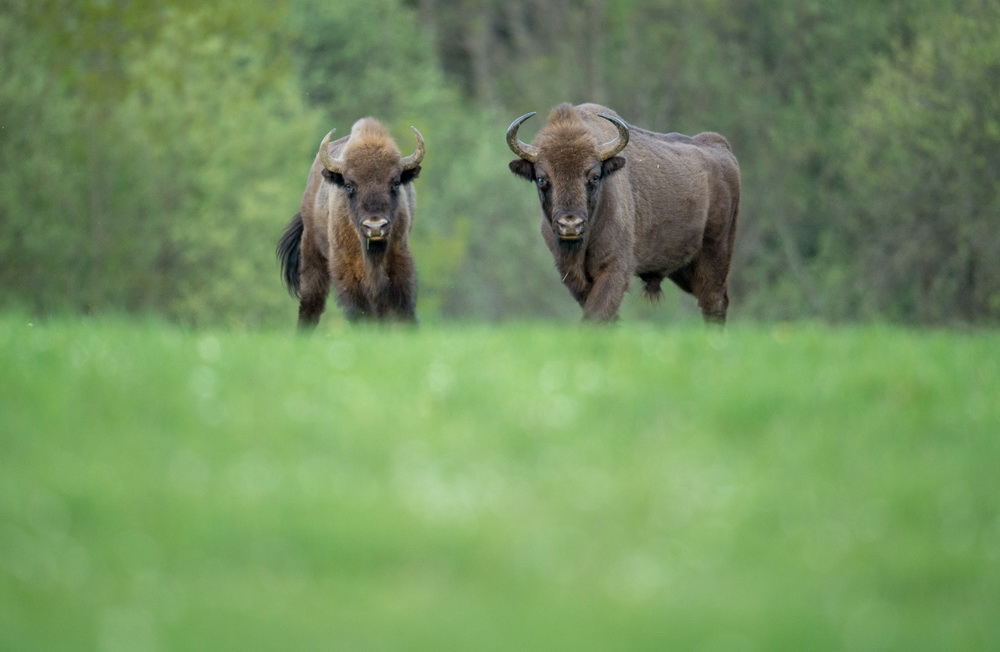 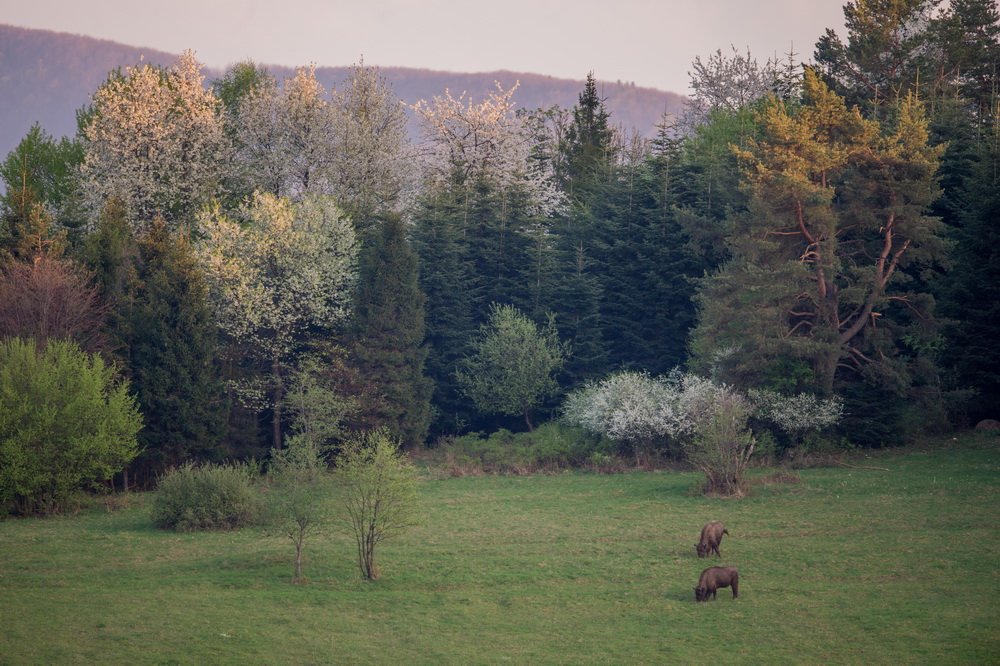 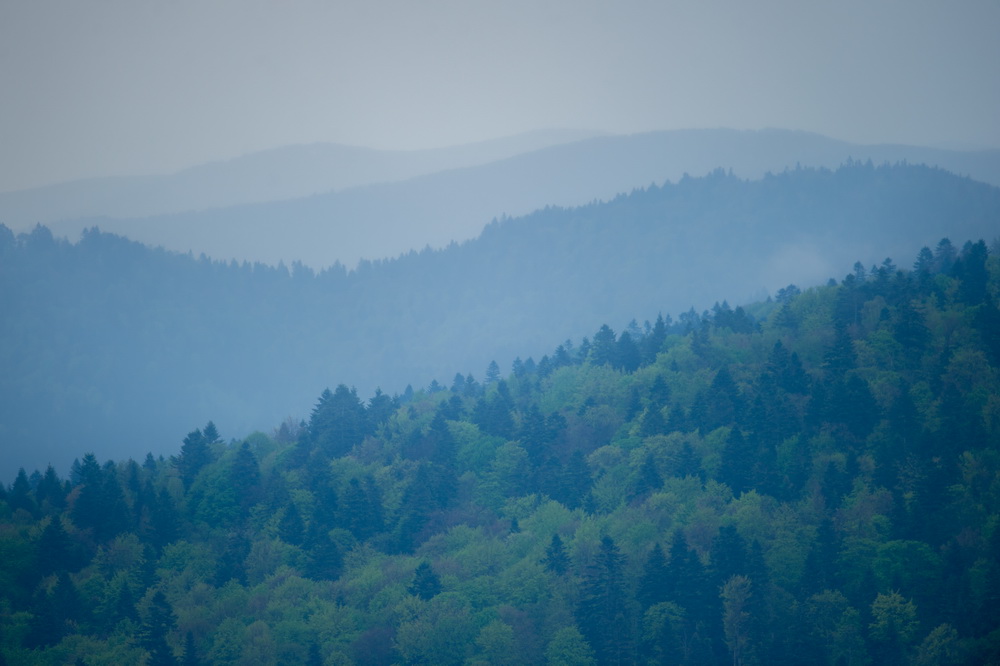 All this walking yielded results. We stumbled upon a foraging bear and we saw this wolf patrolling his territory: 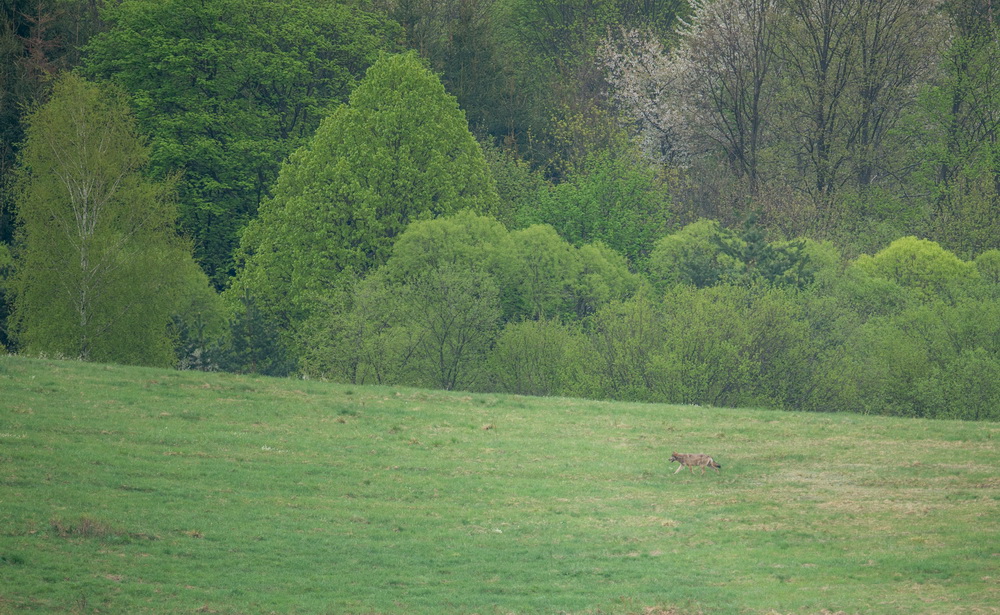 But no closer images.

We reckoned the time had come to sit in hides. There are two hides that have been successful over the past years. One is owned by Jan Kelchtermans (Europesbig5), the other is owned by a local Polish guy who dumps some meat in the forest every day for his local wolf pack. Both these hides are good at some times, but not so good at other times. Large carnivores have huge home ranges and often stay away for days when they made a kill somewhere far away. Luckily the meat also attracts raptors like this Lesser spotted eagle and Golden eagle. 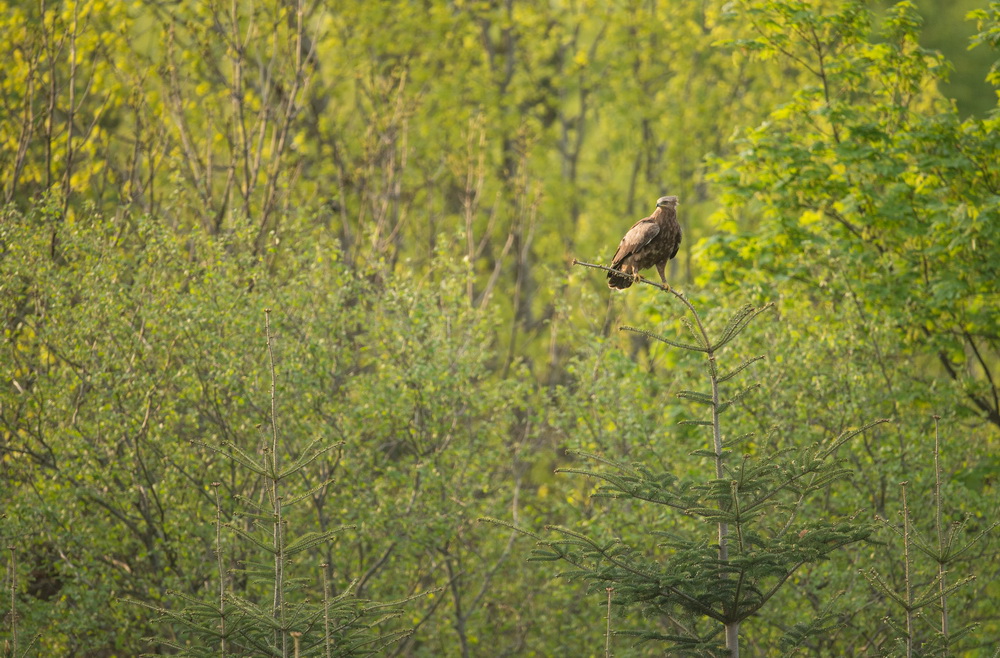 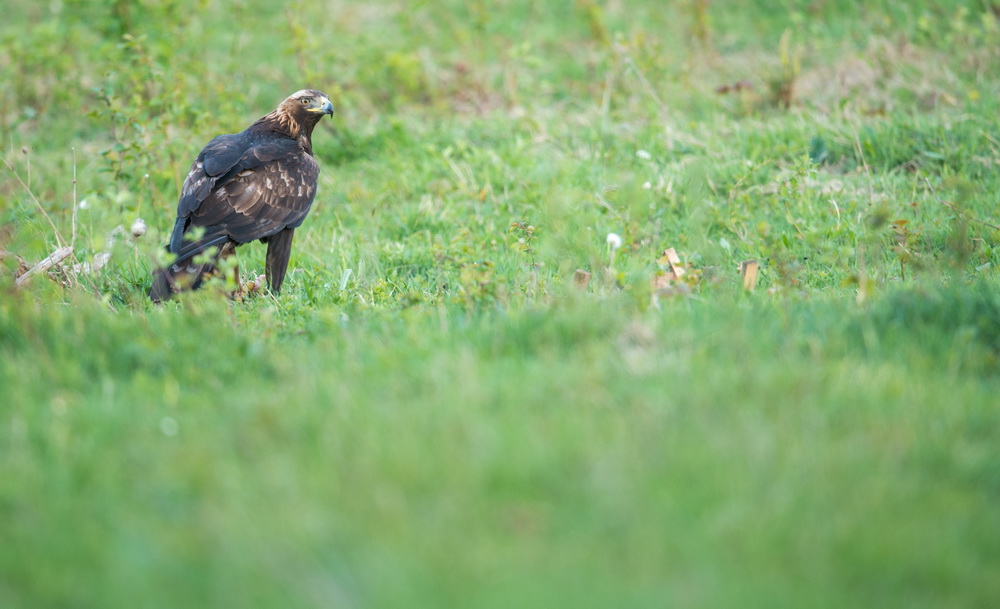 During the night, we could see bears in the moonlight as well: 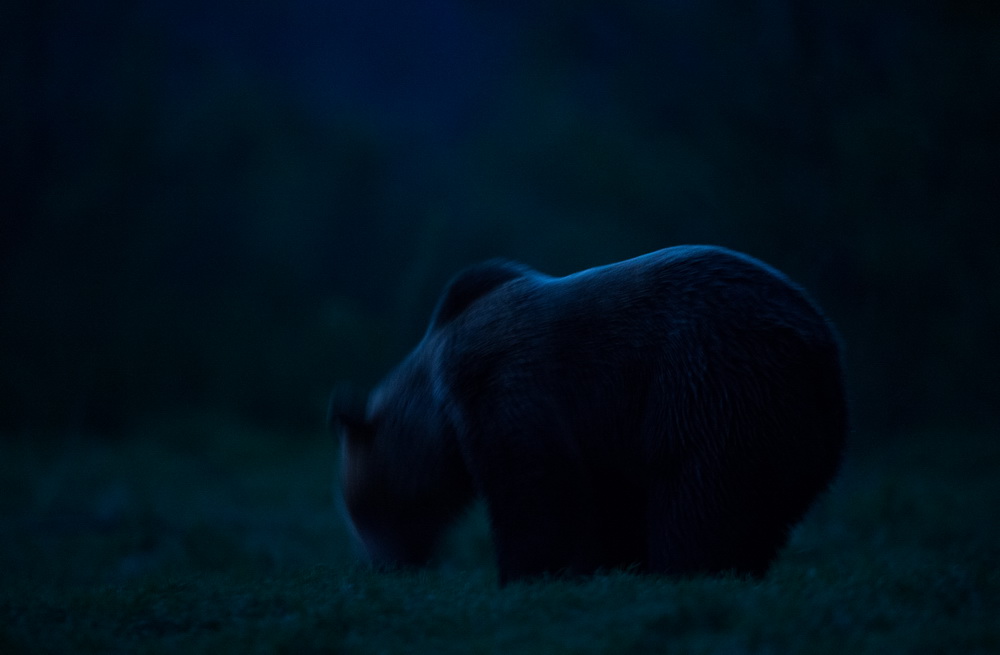 Brown bear taken at ISO 10000 in almost complete darkness. We named him Rambo, because he was bloody huge.

But what we really really wanted to see closer, were wolves. Only once in all these years of mammal watching, have I seen a wolf closer than 50m (Spain). I took a few images of that one, but wanted more.

Seeing wolves is possible in Bieszczady, but having a good chance at photographing them… that is an entire different story.

I had long heard of a local guy where several people got lucky, he could not promise us anything but we went for it and spent several 18 hour waiting sessions in the hide.

With result! There was a pack of nine animals that only came after dusk and before dawn, but there was a solitary wolf that occurred several times during good light. 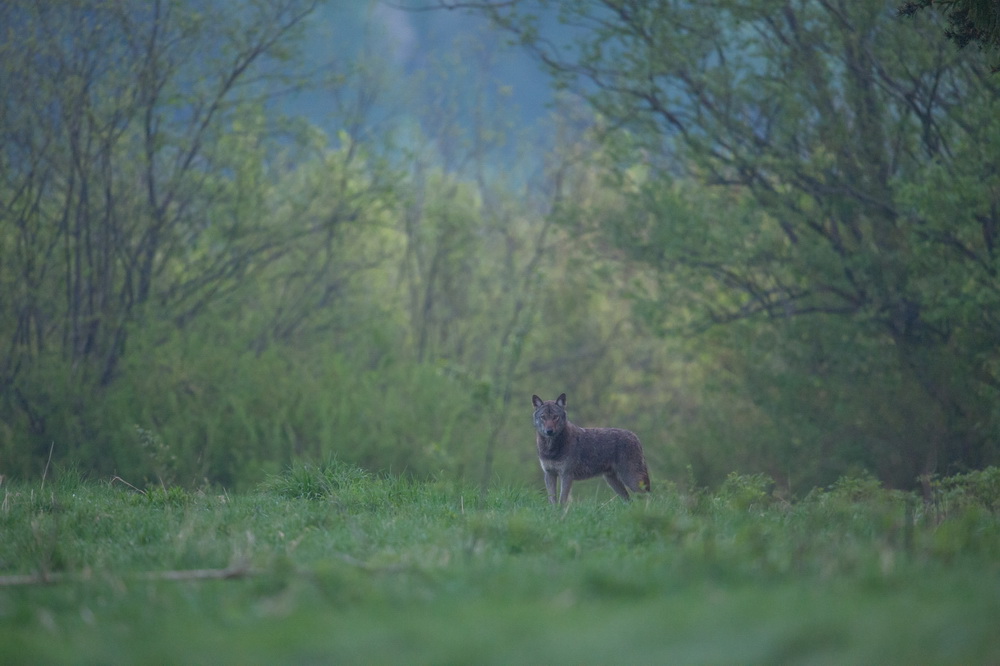 When this walks out of the forest and looks straight into your lens, shit becomes holy.

The look wolves have, is simply beyond anything else. 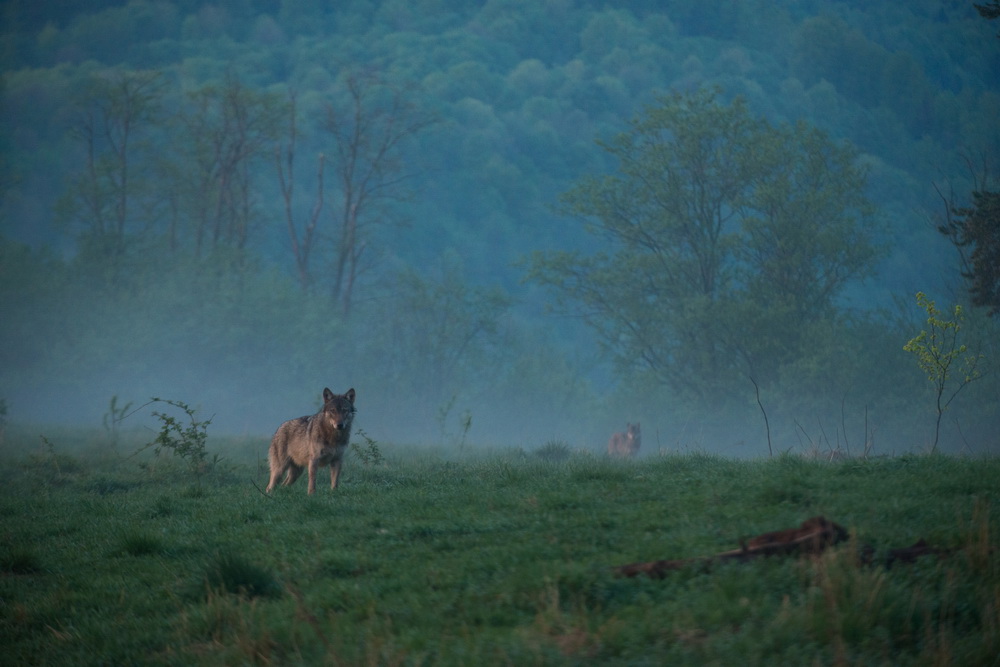 We are coming for you 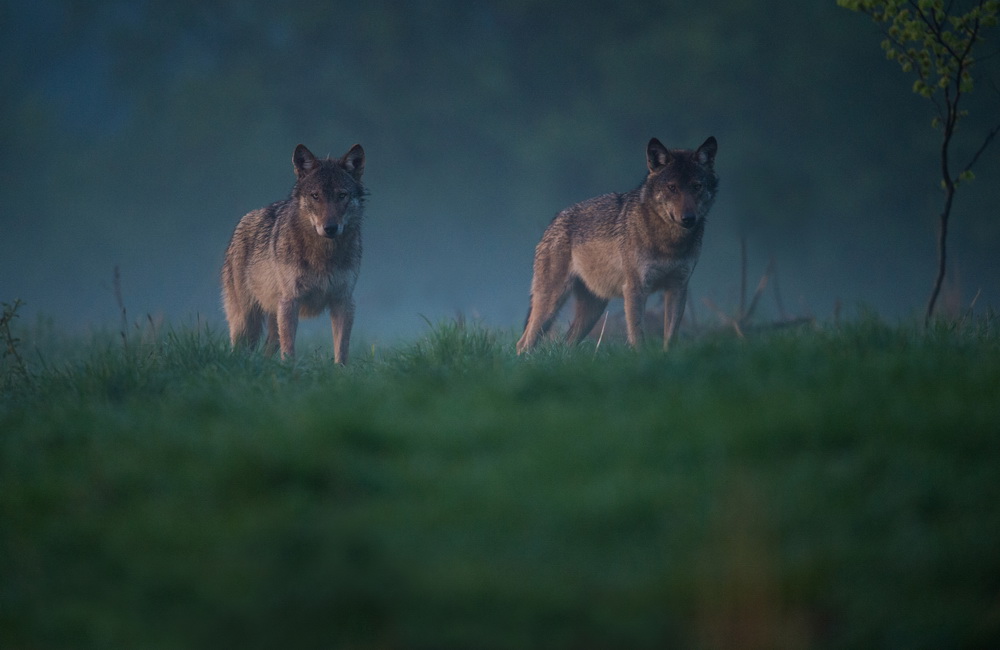 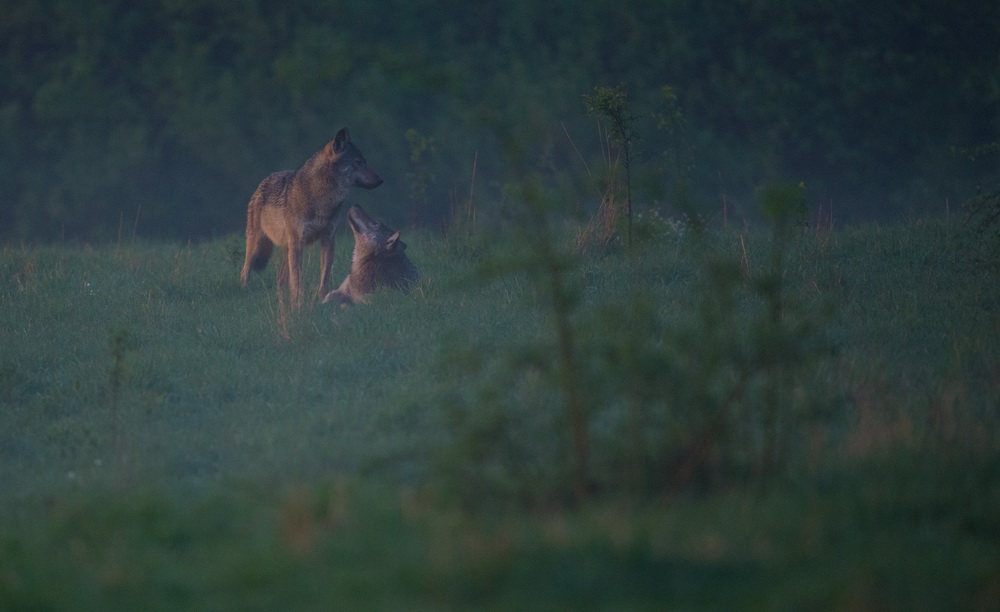 And all of a sudden they start to play and cuddle 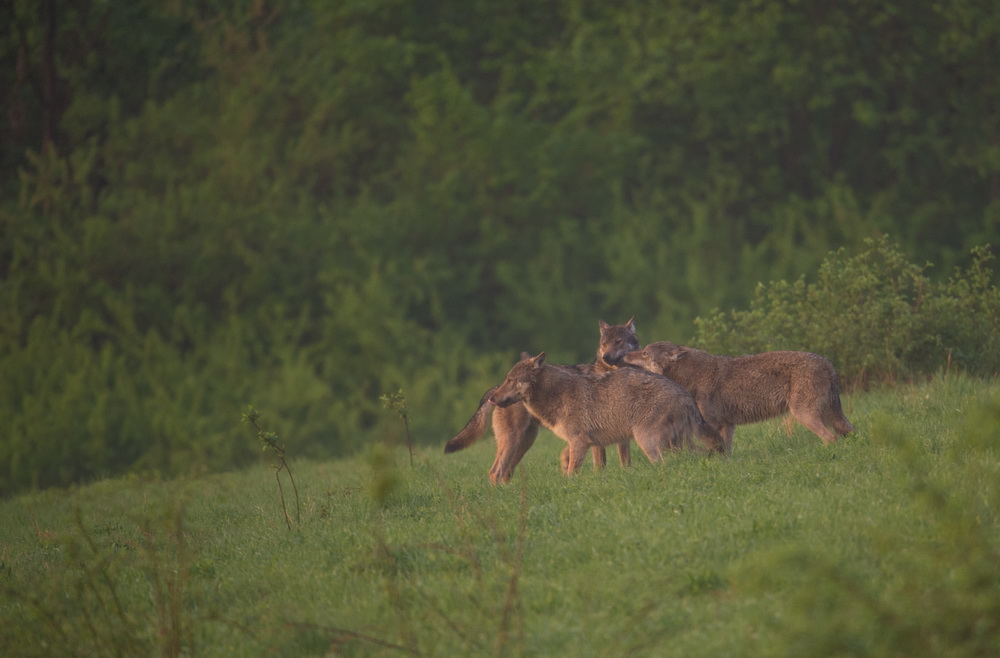 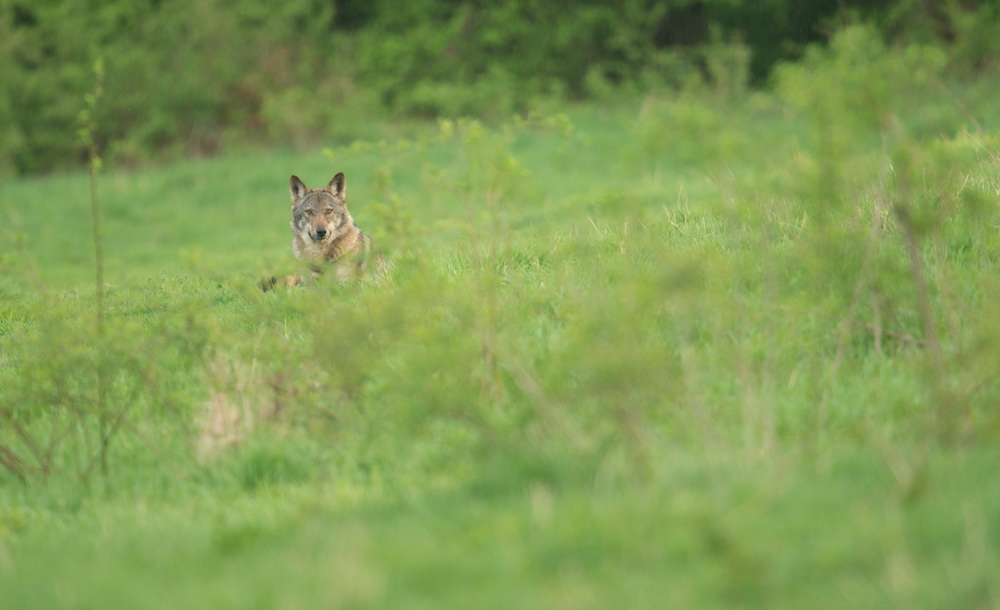 But only when they come close, you can “read” their insanely grey eyes. 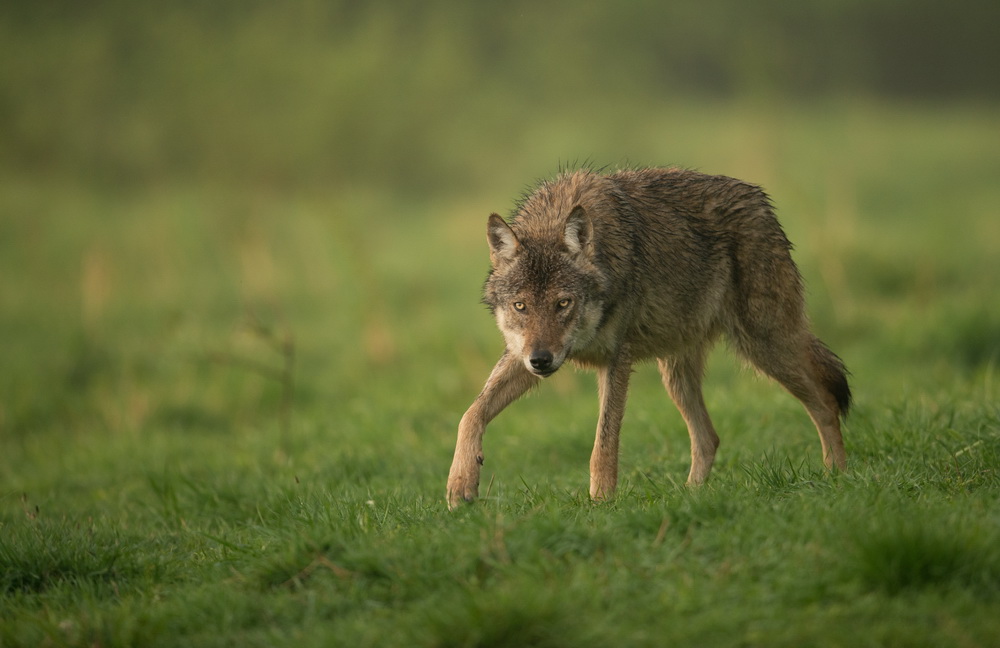 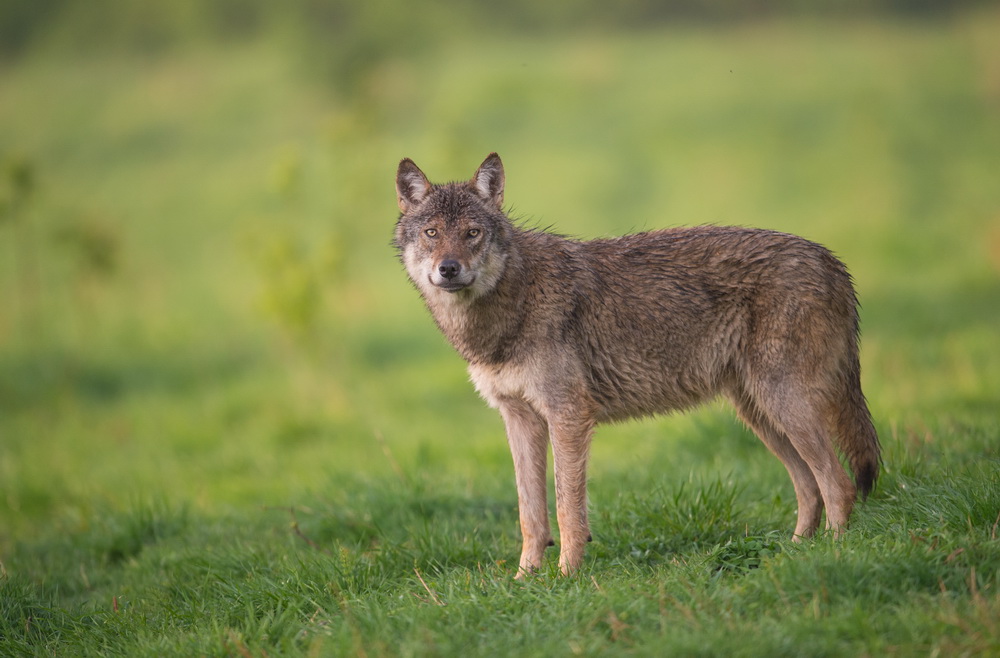 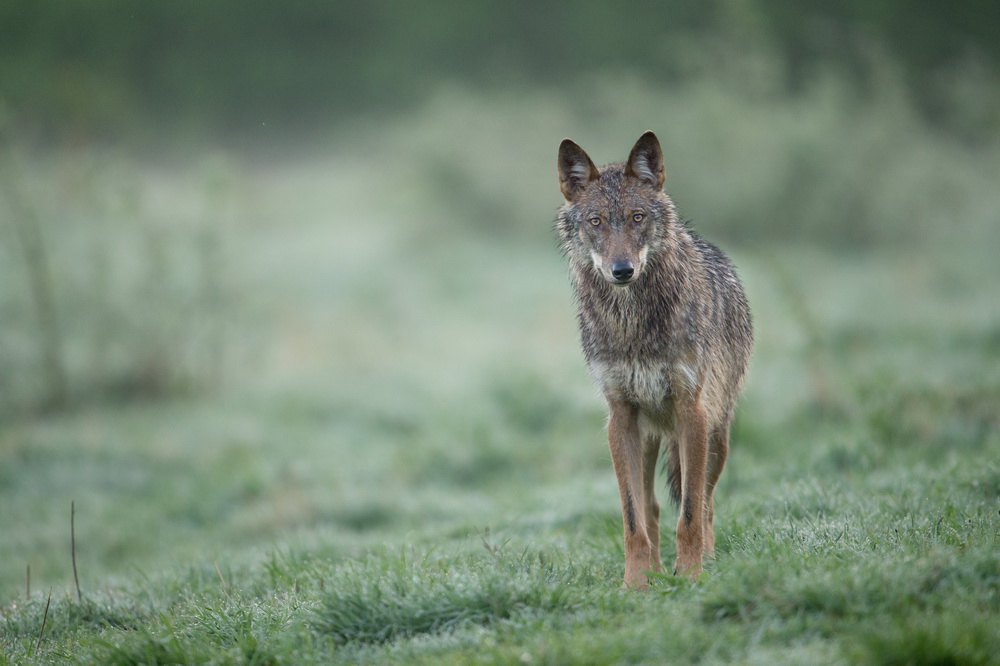 Alfa male, on the only time he was calm enough to approach us. Never ever looking away. Wary, because of the camera sounds. 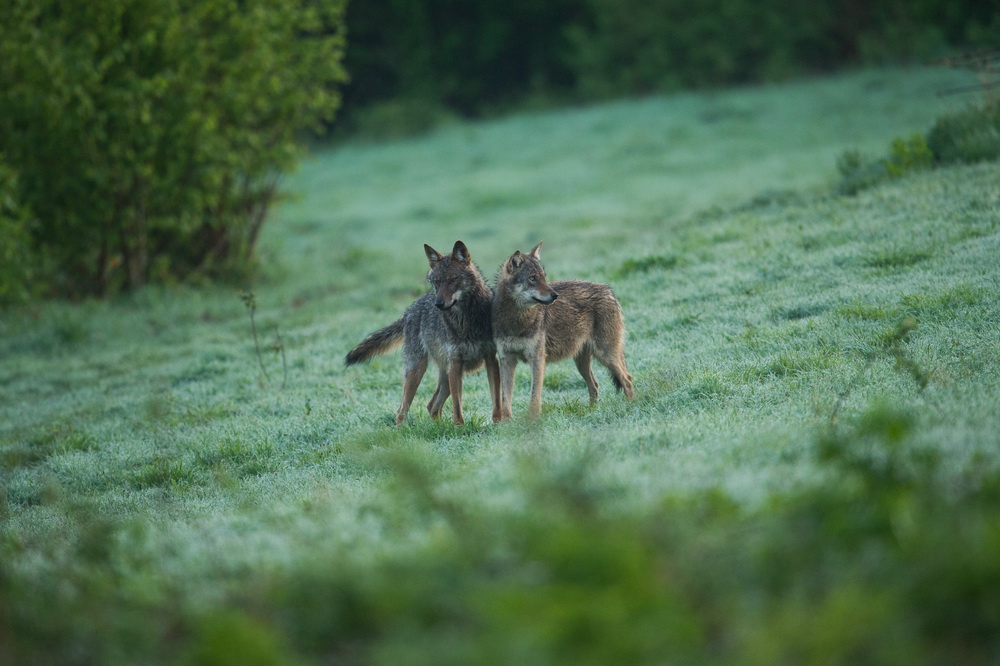 It was an amazing experience to spend time with this pack. Seeing social behaviour, the alfa and beta roles, and seeing how nine animals work together as one being, made a big impression on me.

One example: they never just come out of the forest all together. No, there is a scout, that checks the feeding place first and wanders all around it, then going back in the forest, followed by the pack carefully getting into the meadow.

On two occasions the pack started howling at night, super close to the hide, and we got an impression what it must be like to live in the forest and hear the top predator at night. 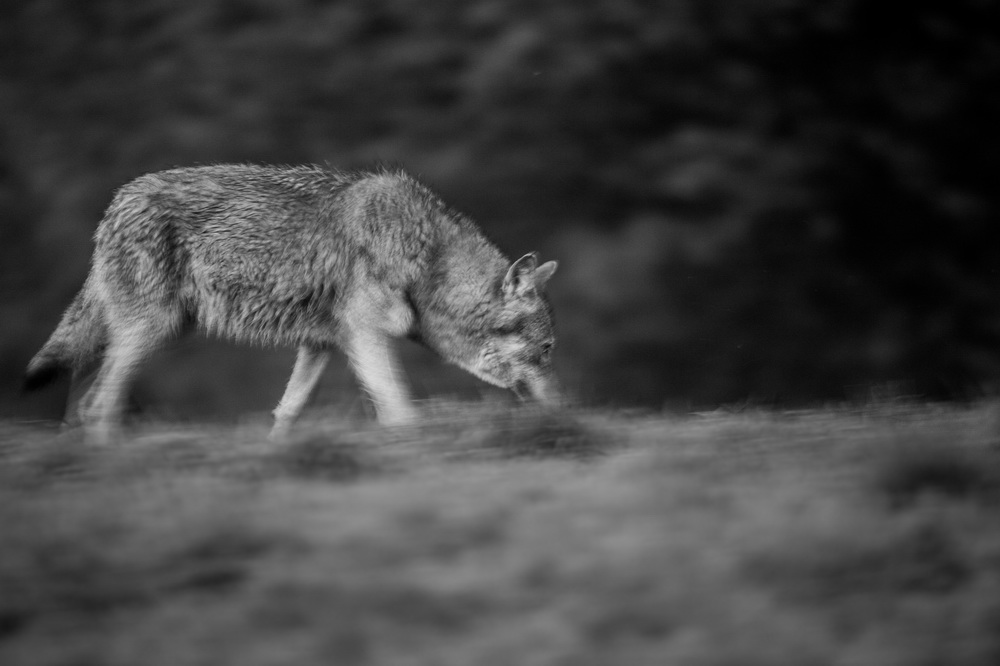 It is clear I can talk for a few more hours about wolves. For now I let the images speak.