There are species that never cease to amaze.

Be it the blackbirds singing on a summer eve, large groups of toads migrating to a nearby pond in spring or the squirrel “flying” through your garden tree tops.

With their impressive size, their large migratory flocks and also their mystical trumpeting calls, cranes – to me at least – are also such a species.

Lac du Der (France) for example is an ugly concrete dike surrounding an artificial lake, but hundreds of nature lovers go there every year to watch thousands of cranes coming in to roost.

Recently I visited my friend Jean-Marie in the Lorraine (France) to look for wild cats. No cats were found, so we spend time looking for cranes and photographing them in ideal lighting conditions… I really get the impression the wintering cranes here are far more at ease compared to those in the Lac du Der regions. 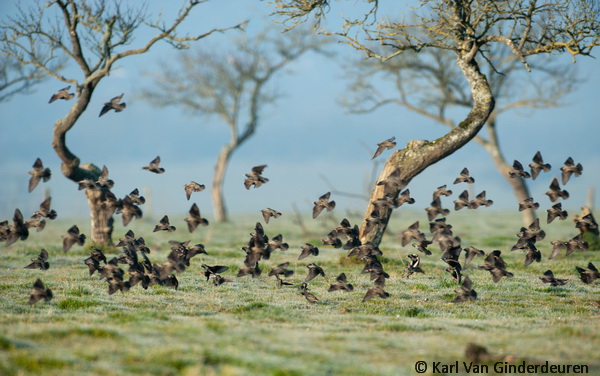 Nice winter lighting on these starlings in an old orchard 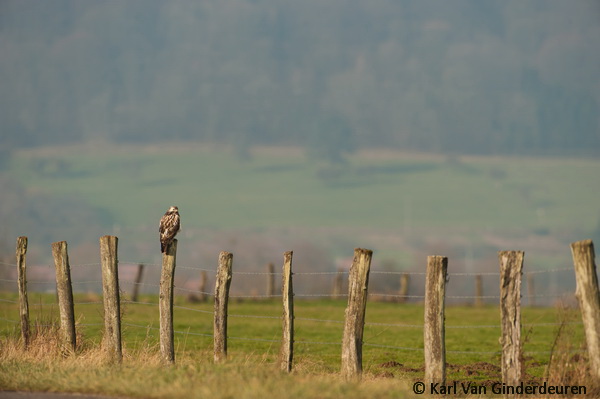 Buzzard along the road 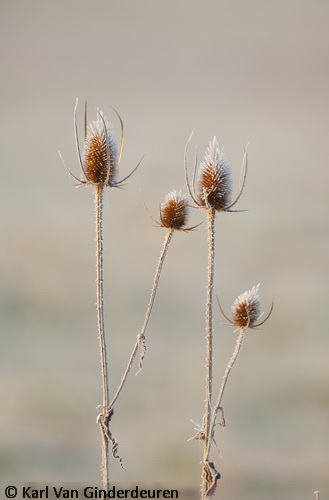 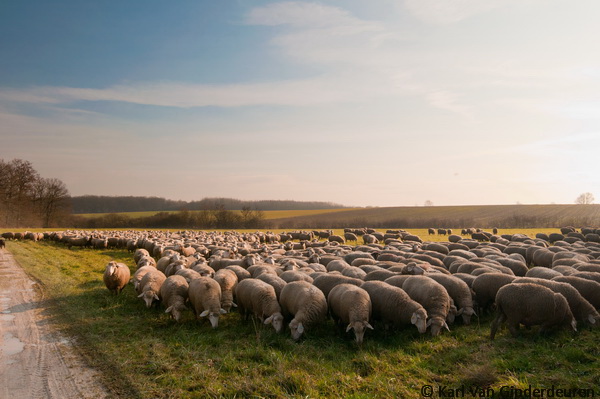 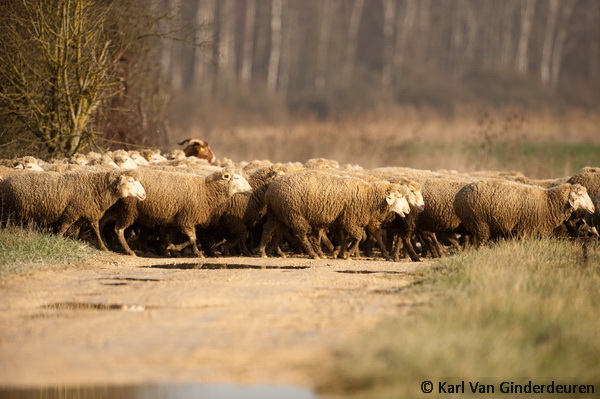 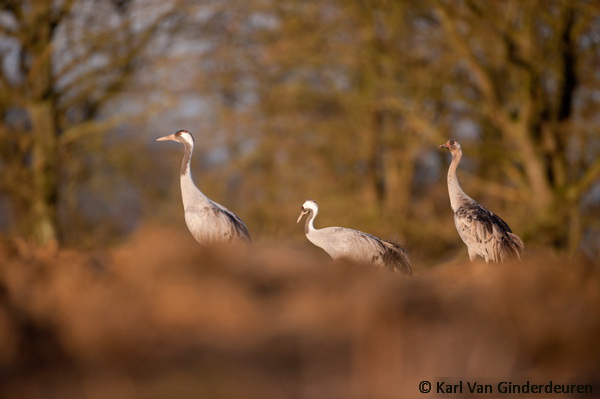 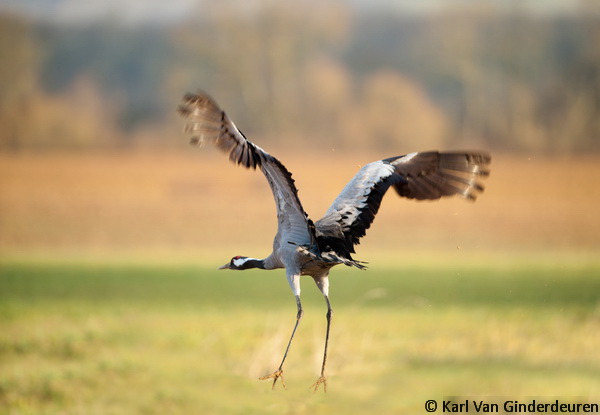 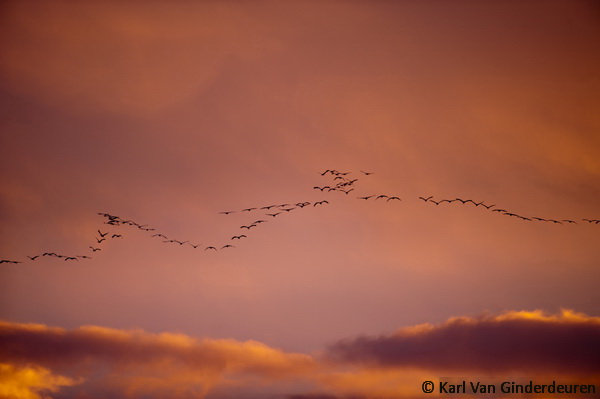 Cranes coming in to roost just after a big rain shower 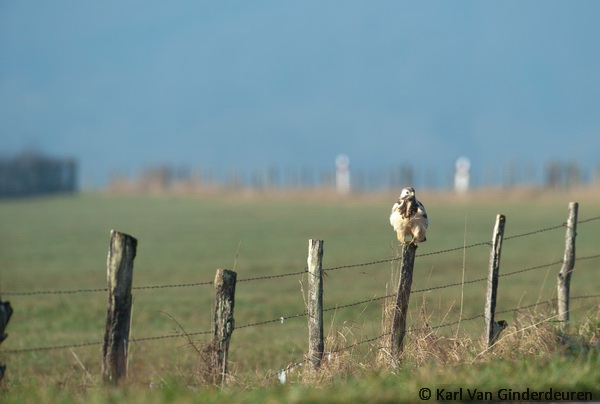 Following day, the buzzard was there again.
Shortly before I found a dead badger and placed it in the meadow were I saw the bird twice.

The next day I got lucky… 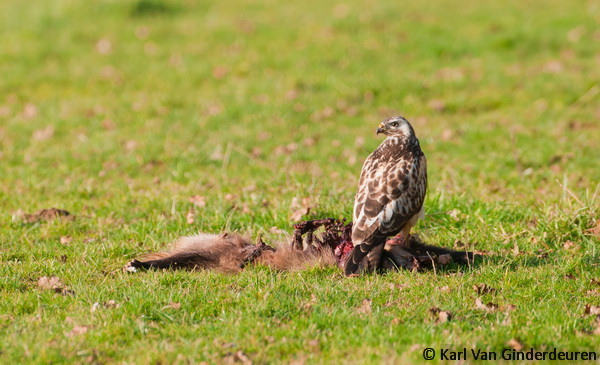 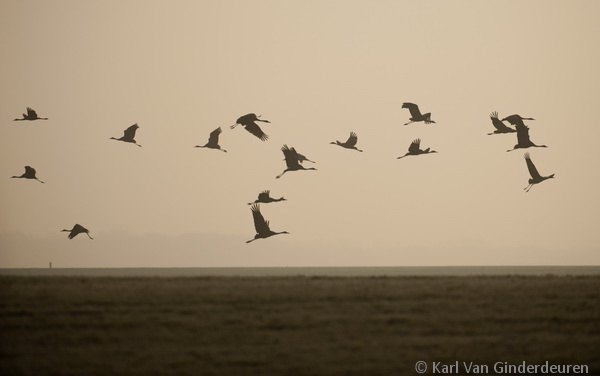 To the left or to the right? 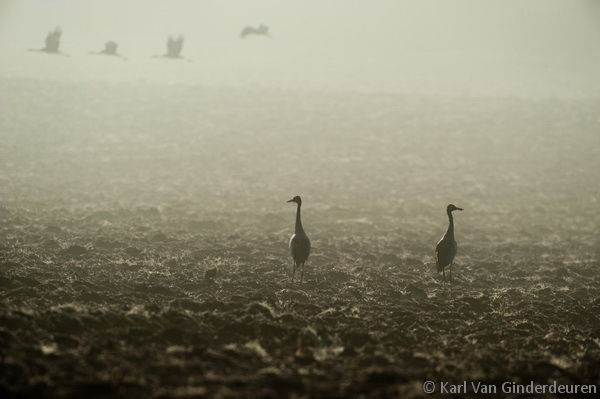 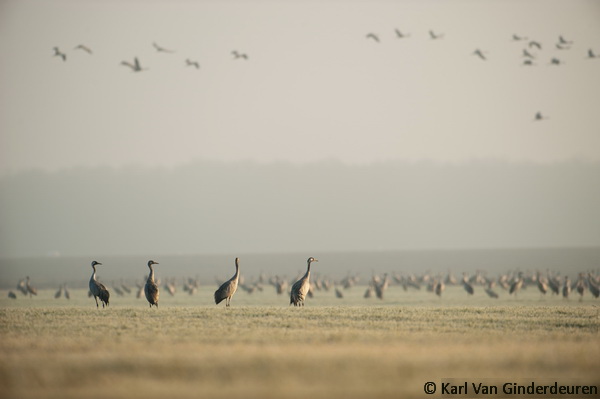 I really like the compo in this pic. Cranes… gotta love em!!