“It’s a shadow, the phantom of the forest. It moves, allways unseen”

“Guys, there’s a place in Sweden with a mother and cub European lynx present for several days now. I went there and saw them.”

Immediately I made some calls to people who might be interested. No response… As usual it was easy levelling with Iwan. We decided to leave the next day.

We had three days to drive the 1700km, try to see the lynxes and get back for work. On the way to Iwan, my car broke down. This meant transferring everything into the infamous Nissan Sunny, also known as “wrecky” or “The phantom of Kessel-lo”. Twenty hours later we were in Sweden, at the meadow where the Lynxes had been seen. Upon arrival we met an old friend, Henrik Lind (Club 300 foundation), with whom we had birded in Falsterbo several years ago. 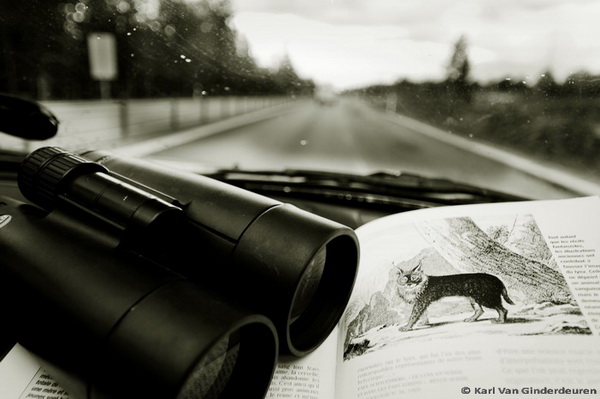 Everybody very nervous, scanning non-stop, but no Lynxes. The local Great grey owl paid us a visit, nice indeed but no Lynx. 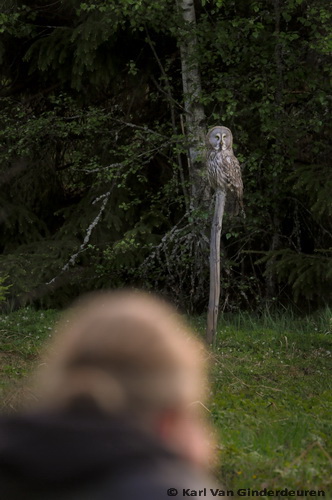 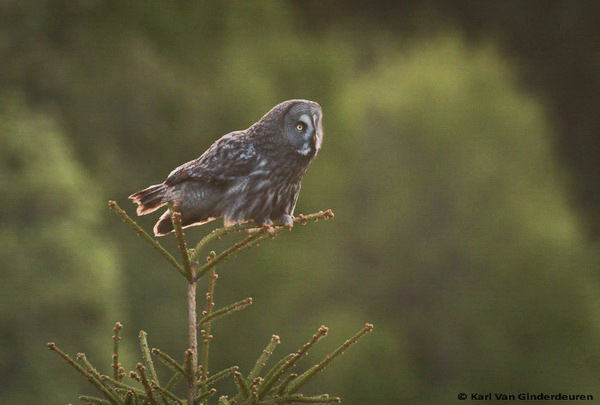 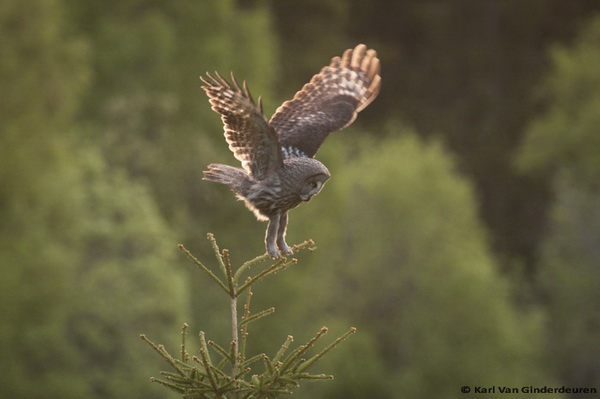 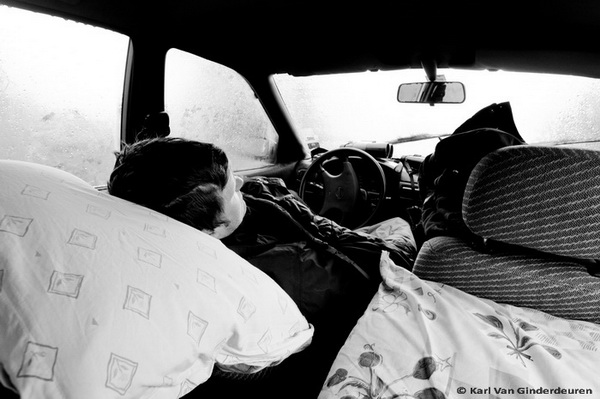 We love you Sunny

A few hours of sleep later, we were back at the meadow. Nothing there. Another two hours later, Iwan caught a glimpse of what looked like a Lynx. He lost sight of it. A very intense atmosphere was now present amongst the few Lynx watchers. Two minutes later, I noticed something moving in the grass, but I lost the animal as well trying to put the scope on it. Moments later I was looking in the eyes of the adult female Lynx… It was a MEGA 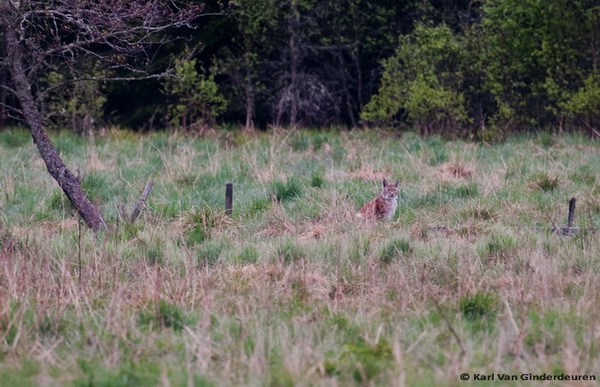 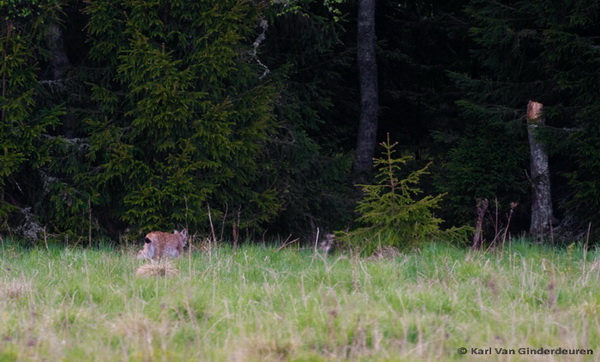 Probably the cub, moving along the forest edge

We saw mother and her cub for about an hour. A local photographer told us it was impossible to get closer when the mother is around. The cub itself was reported to be not shy at all.

My picture is nothing special, but shows a wild European Lynx, which makes the photo very special. 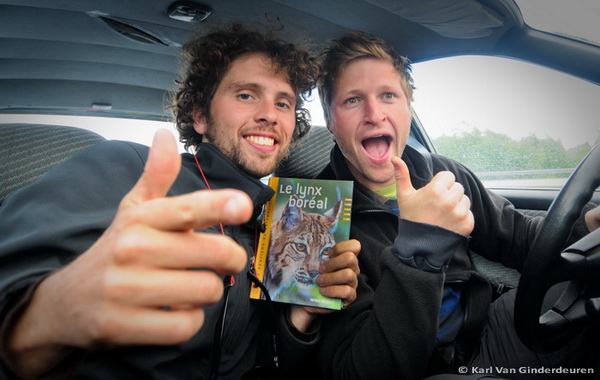 “If this fails, it was the most stupid idea ever”. Iwan & Karl, Prior to leaving