In the past few weeks, PJ and I decided to step up the pace and go for nightwork. The plan was to photograph bats in France. We knew a good but very small cave where brandt’s bats Myotis brandtii swarm. Photographing bats is teamwork: lots of driving, little sleep, lots and lots of gear to transport… so lots of helping each other. 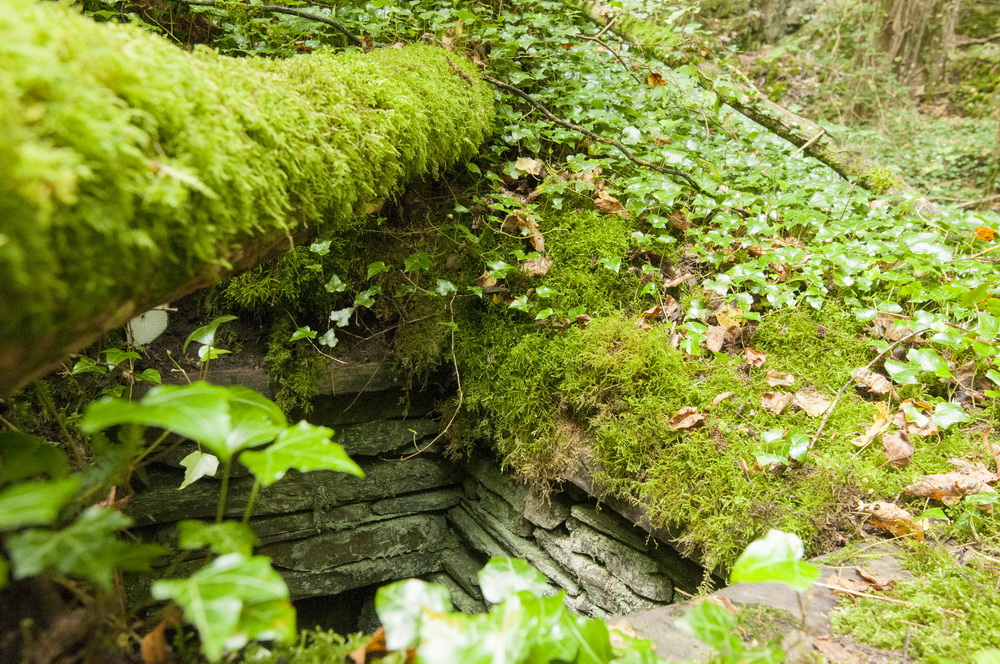 A darkroom, as such. Where PJ and I were the illuminati, shedding flashes on their hedonistic nocturnal caprioles.

As always, the  day started less sexual and included many hours of preparing the camera systems.
We first checked into our hotel: 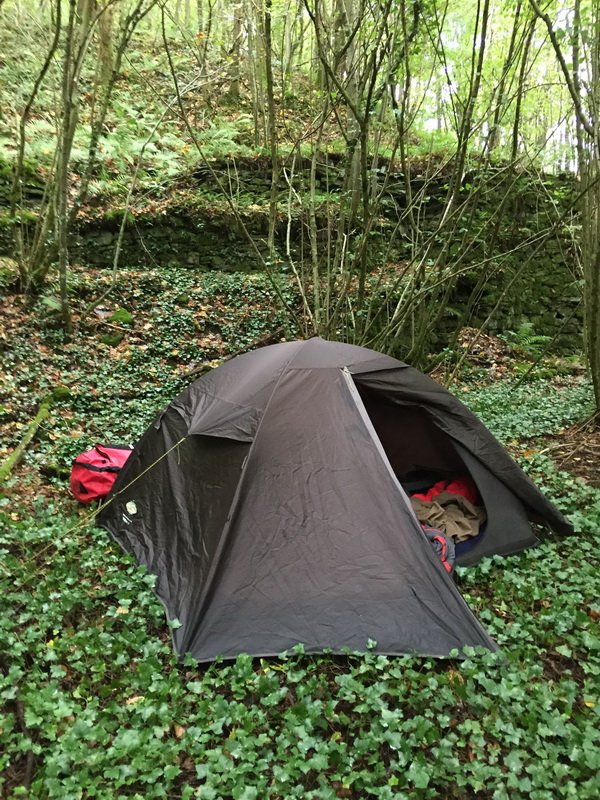 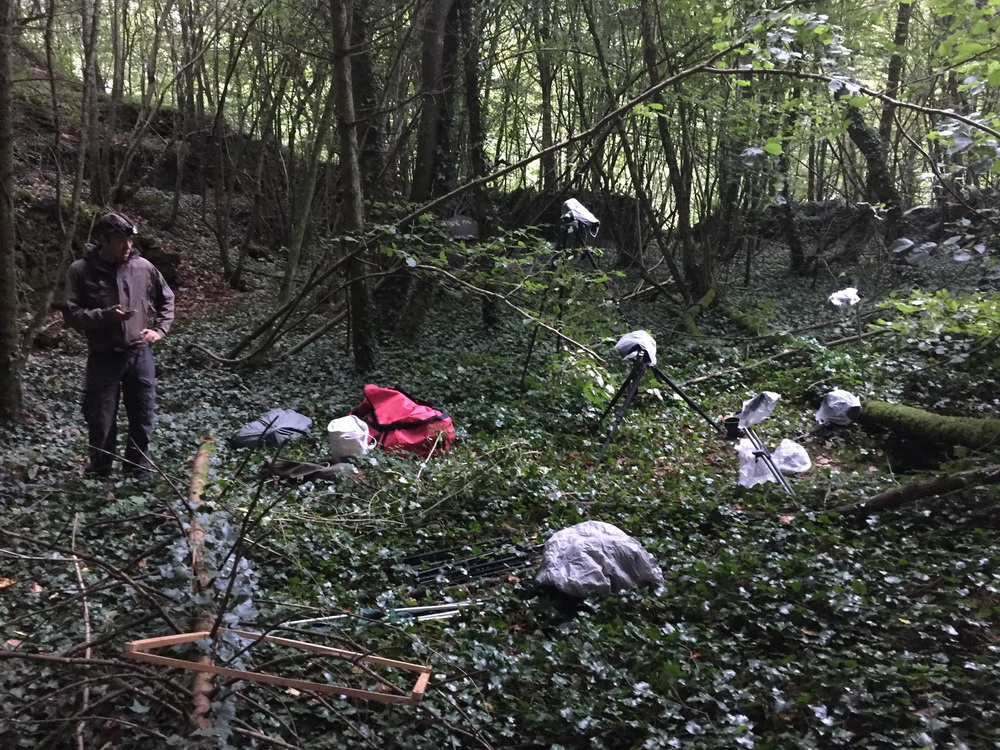 Phone pic of PJ overlooking the battlefield, where heavy rain was a nuisance. 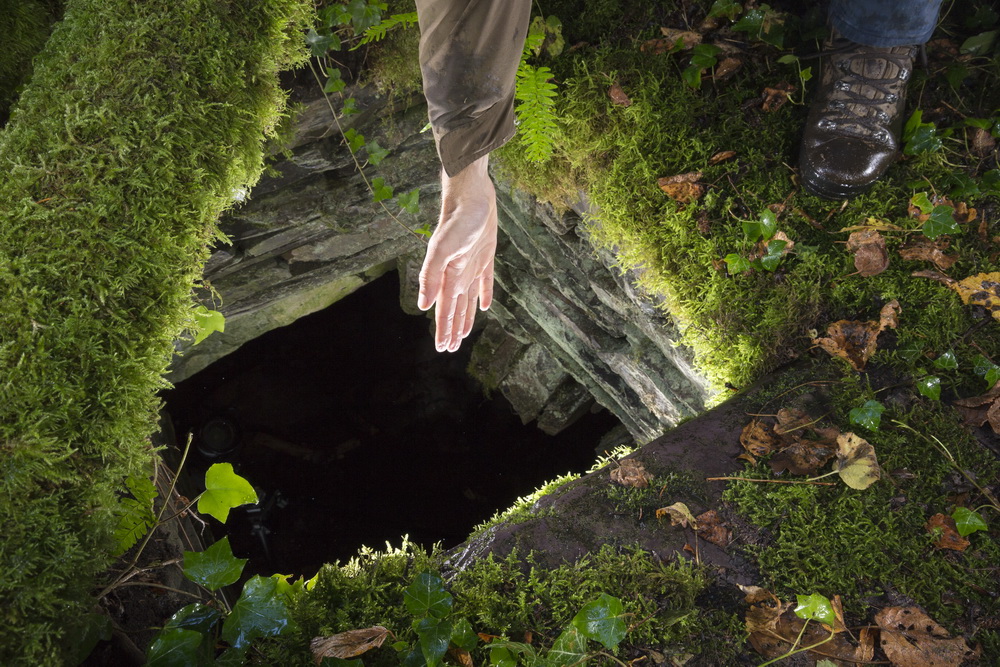 Four cameras placed in and outside the cave, flashes covered with plastic bags (lifesaver PJ!) and laser beams traversing the entrance. If an animal passes the beam, the main flash triggers seven more flashes to light the animal simultaneously. Cameras are operated in bulb mode.

Here some results of the nightwork: 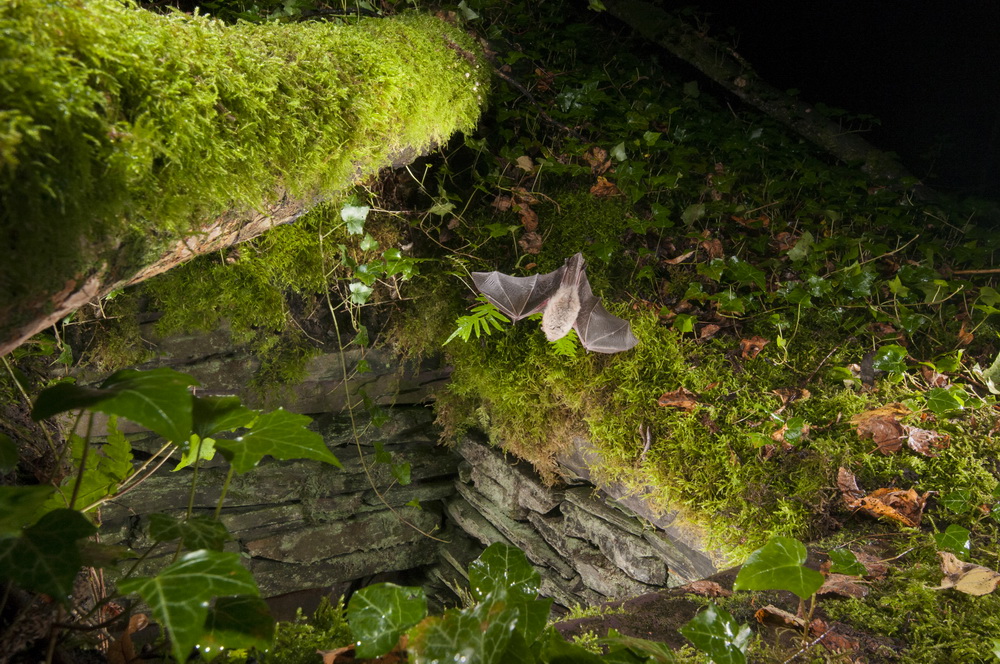 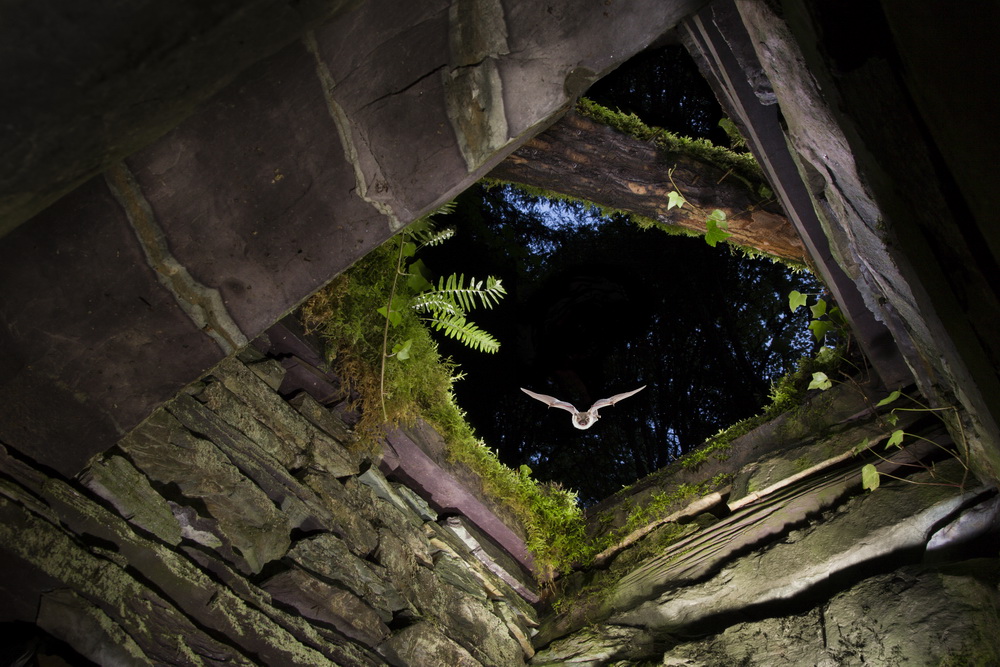 Bechtsein’s bat (Bechsteins vleermuis, Myotis bechsteinii) entering the cave. Wide angle. This bat entered the cave several times so we took many pics of it, and it is funny to see how constant their movements are. Always at the same place did this individual enter. In this pic, the camera was already photograhing for some time so we got some residual light in the forest behind. Other pics are just black in the background because the camera wasn’t operated that long in bulb mode before a bat triggered the flashes. 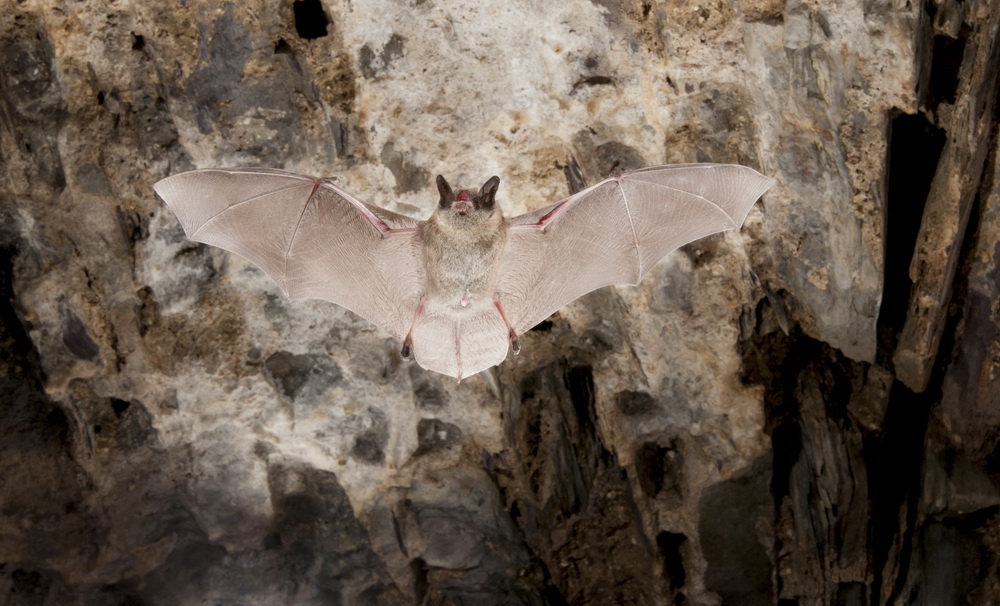 Brandt’s bat swarming in the cave, photographed with wide angle close to ceiling. 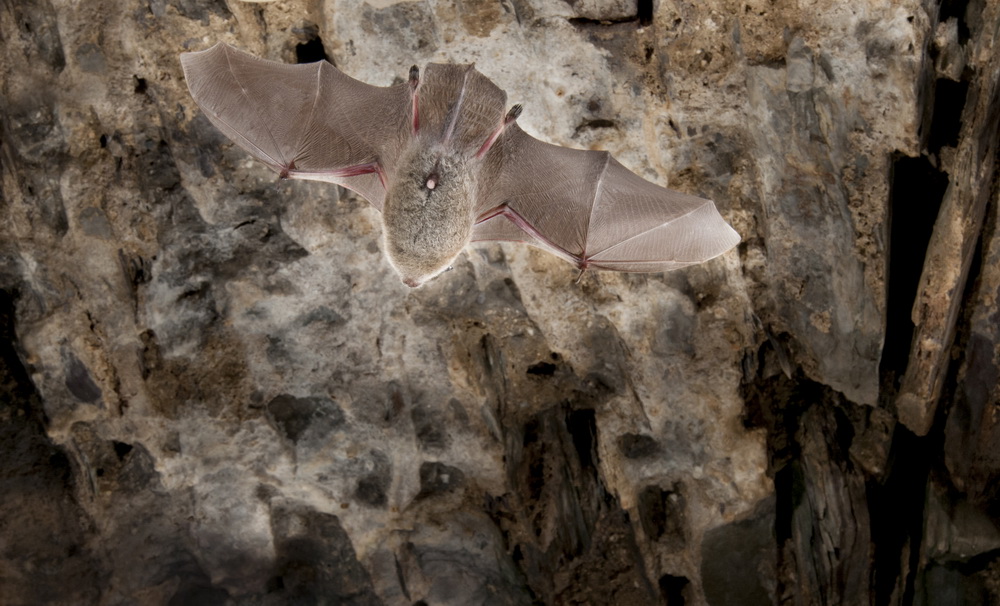 Yes you are seeing it right. This brandt’s bat has a got an erected gentleman’s sausage.

I think this summons the atmosphere quite correctly: Click here 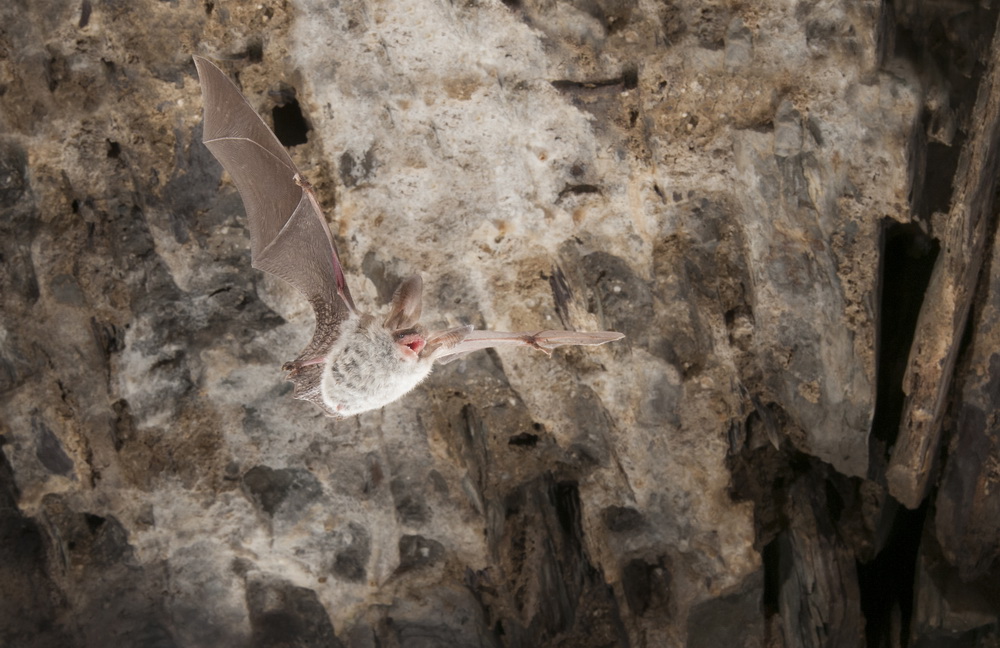 Bechstein in the cave. 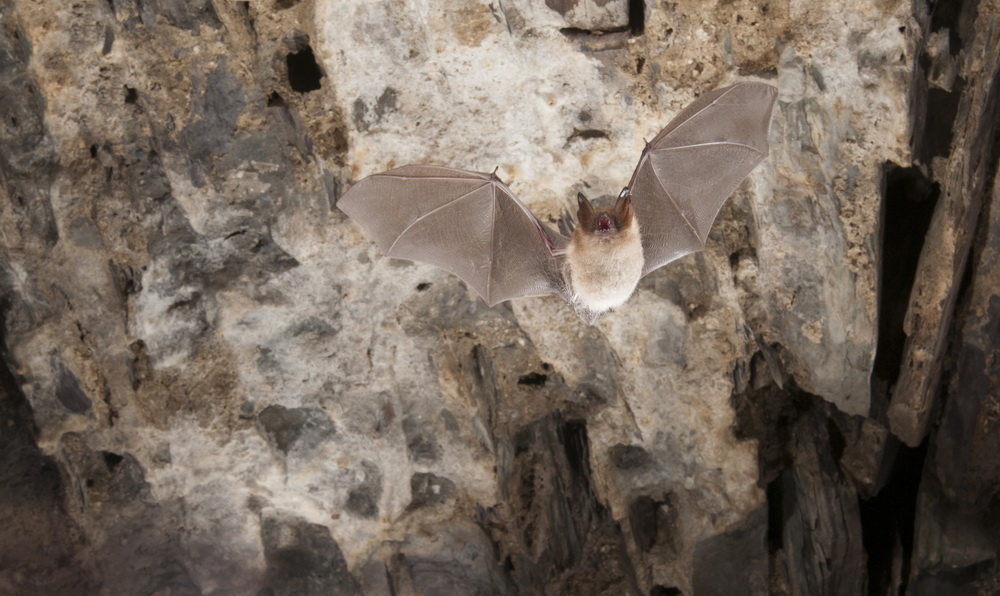 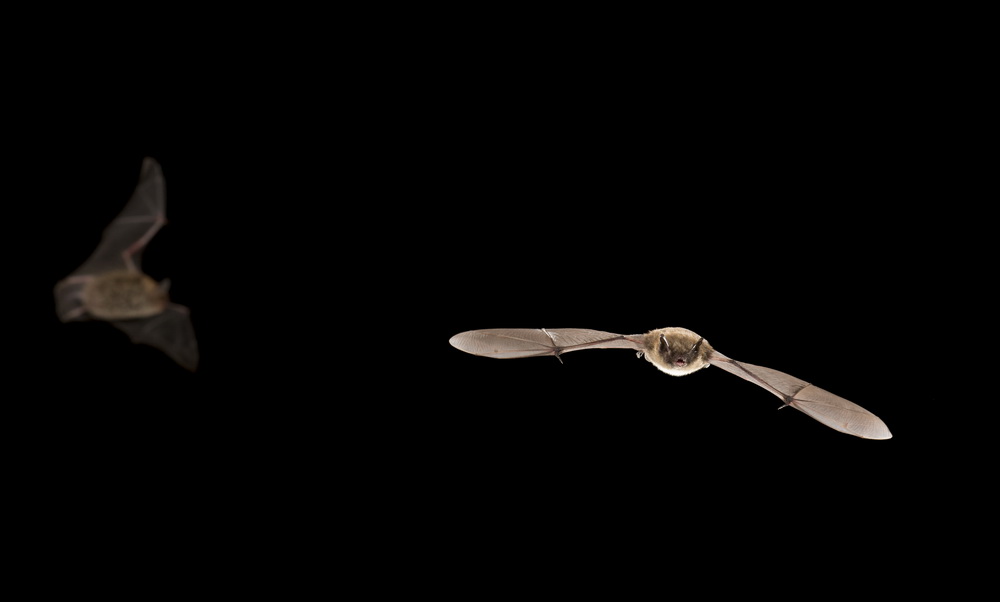 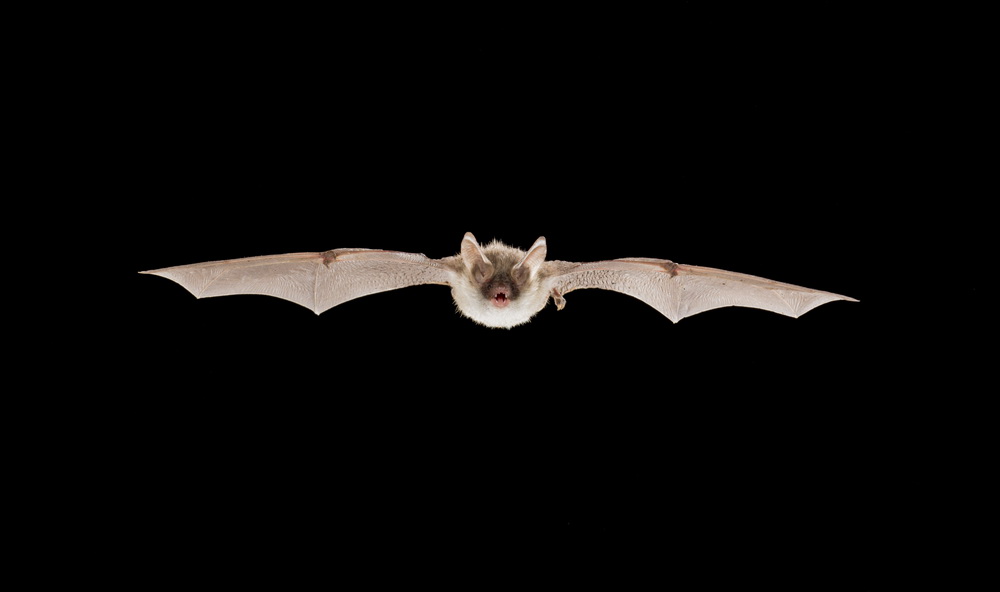 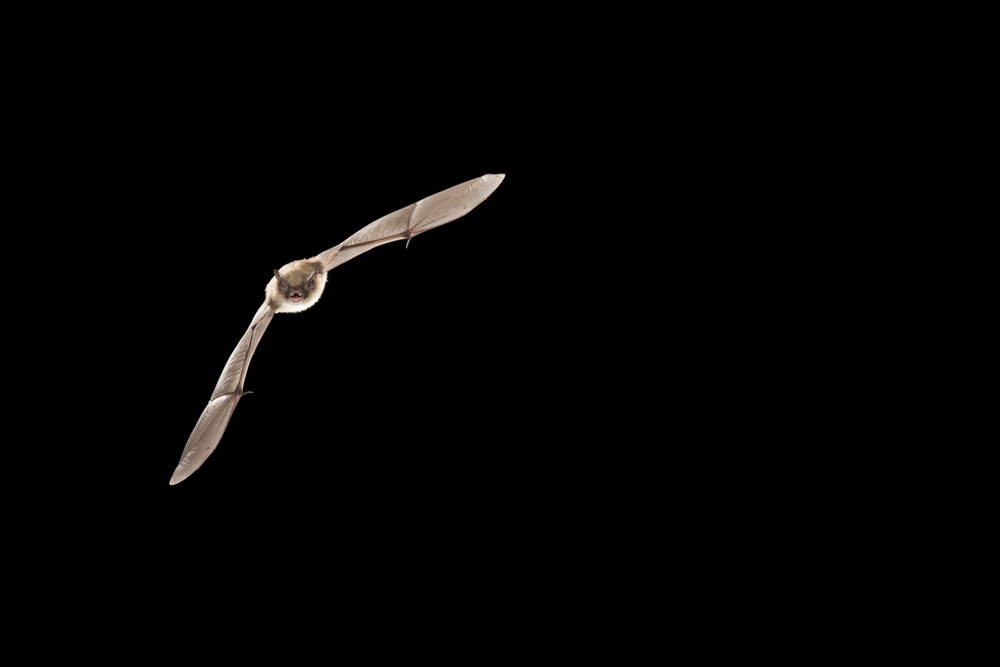 For this type of photography, having lots of megapixels is good. You don’t know exactly where the bat will pass the barrier. Hence you can crop it. Also, when you get it right, the images are super sharp. Eg. a crop of this brandt’s bat from the 36MP D800E original: 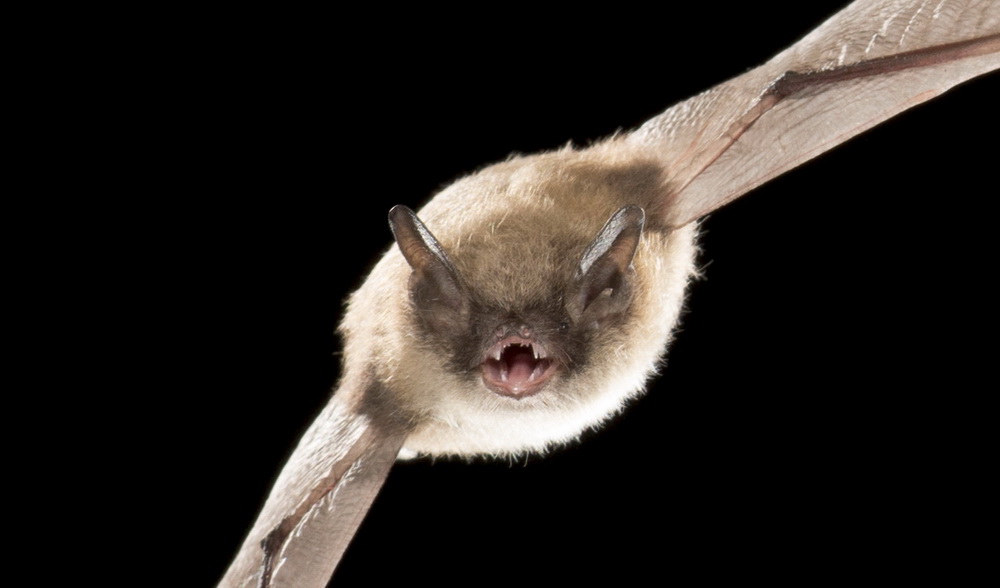 Mouth open because of echolocation. As such, in the darkroom they see by hearing. 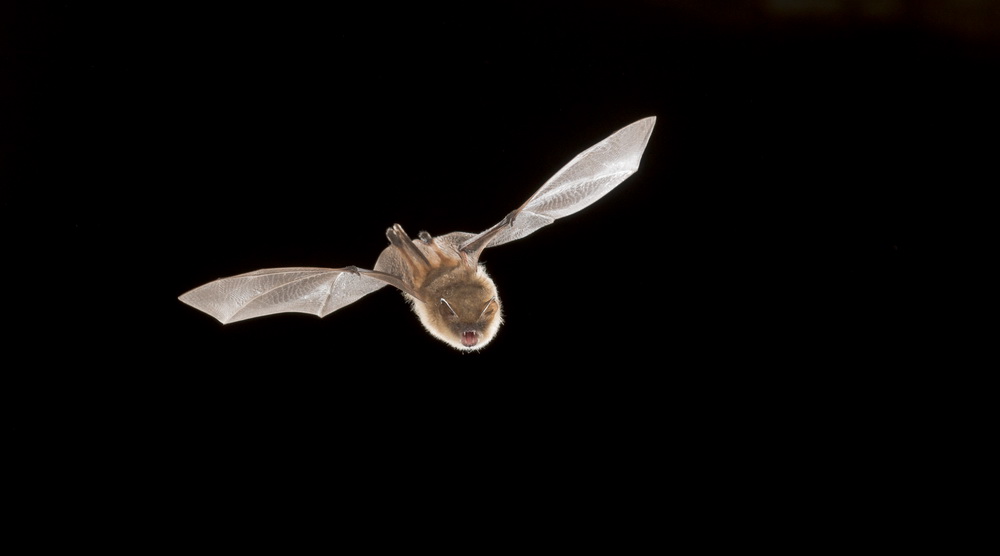 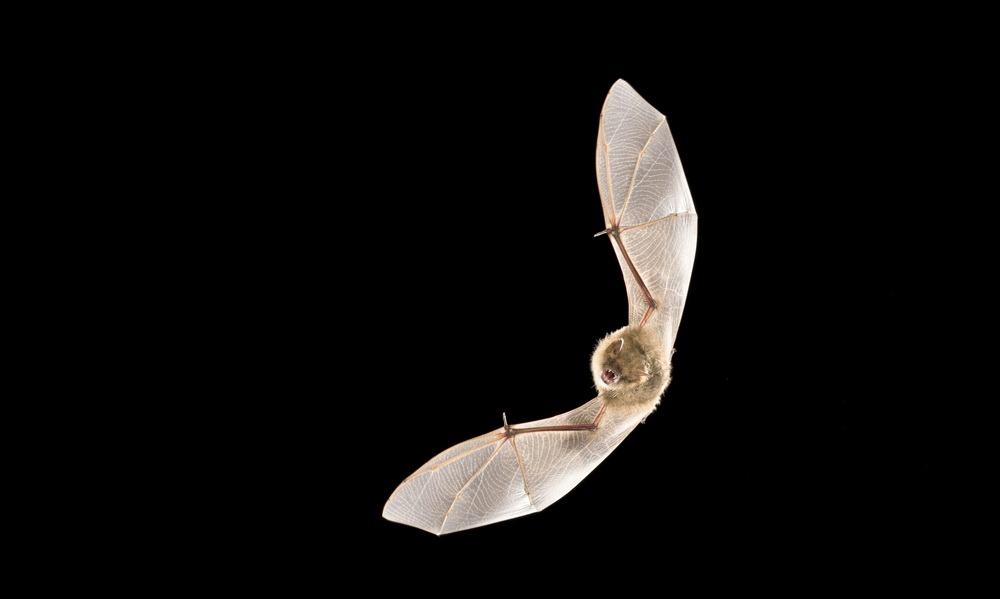 Many people think we just photoshop these bats into good scenic pictures. Which indeed would be easy to do. As proof however following images show one and the same Geoffroy’s bat photographed at one moment, by two cameras. 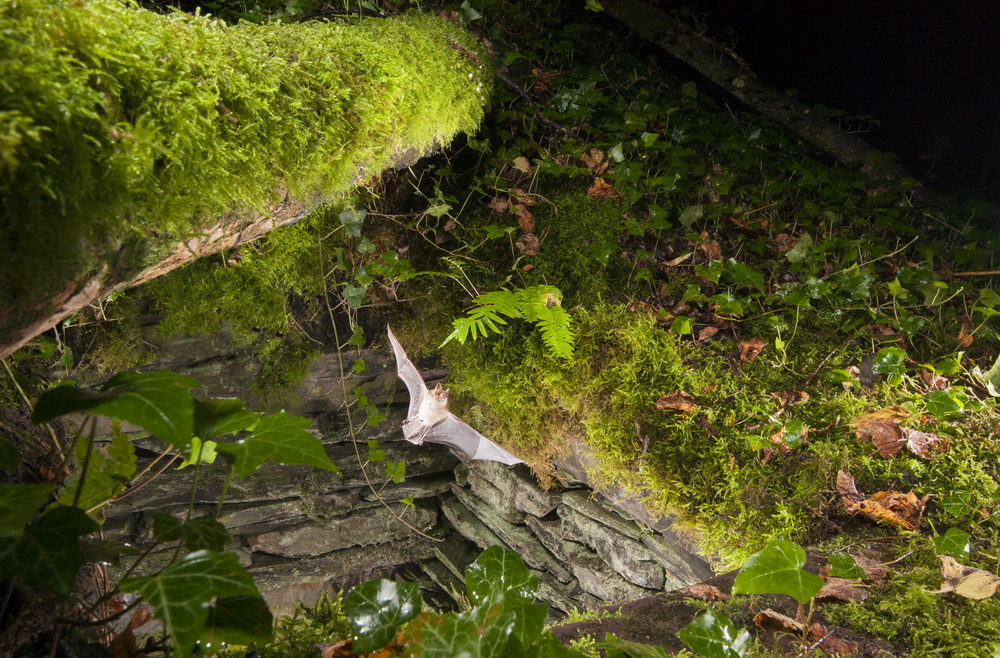 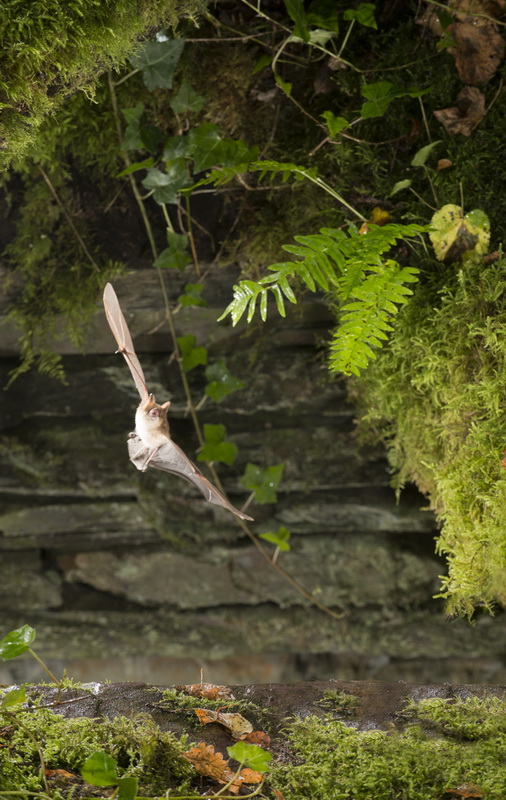 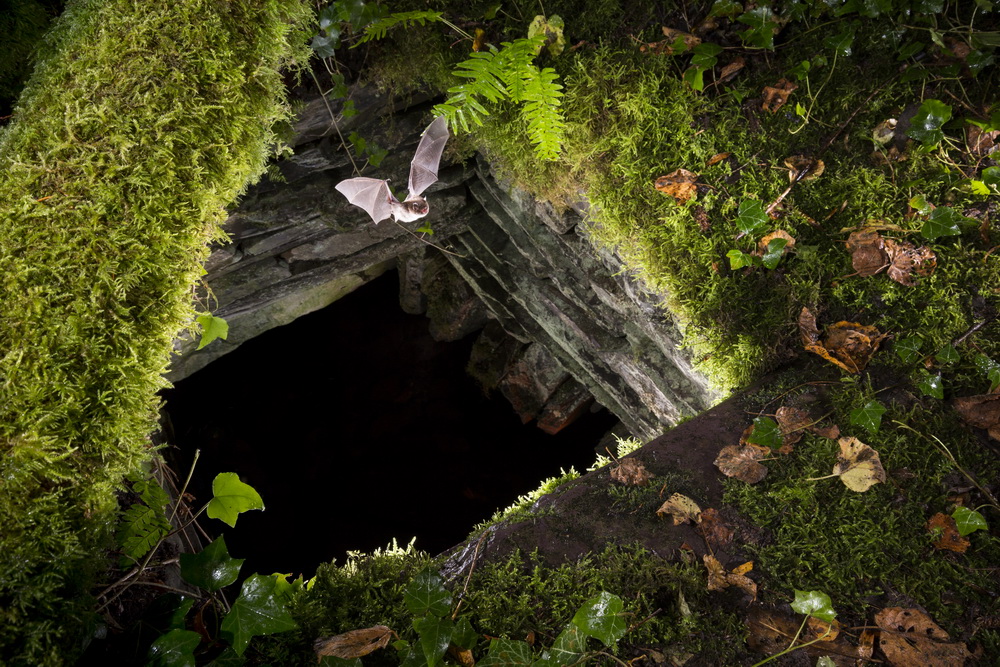 It was mega! The bats definitely weren’t the only ones getting lucky.