Several weeks ago, I had the chance to visit a friend in the southern part of Belgium, who has a garden. Not any garden, a huge and wild one, with nest boxes.
Nest boxes hanging 50cm from the ground. And placed for one reason only: hazel dormice.

The hazel dormouse Muscardinus avellanarius is a small mammal and the only living species in its genus. In winter, hazel dormice will hibernate in nests on the ground, in the base of old coppiced trees or hazel stools, under piles of leaves or under log piles as these situations are not subject to extreme variations in either temperature or humidity. Dormice are almost completely arboreal in habit, true climbers that almost never walk on the ground. When it wakes up in spring (late April or early May), it builds woven nests of bark, fresh leaves and grasses in the undergrowth. The best time of year the catch them is August and September, when numbers peak. 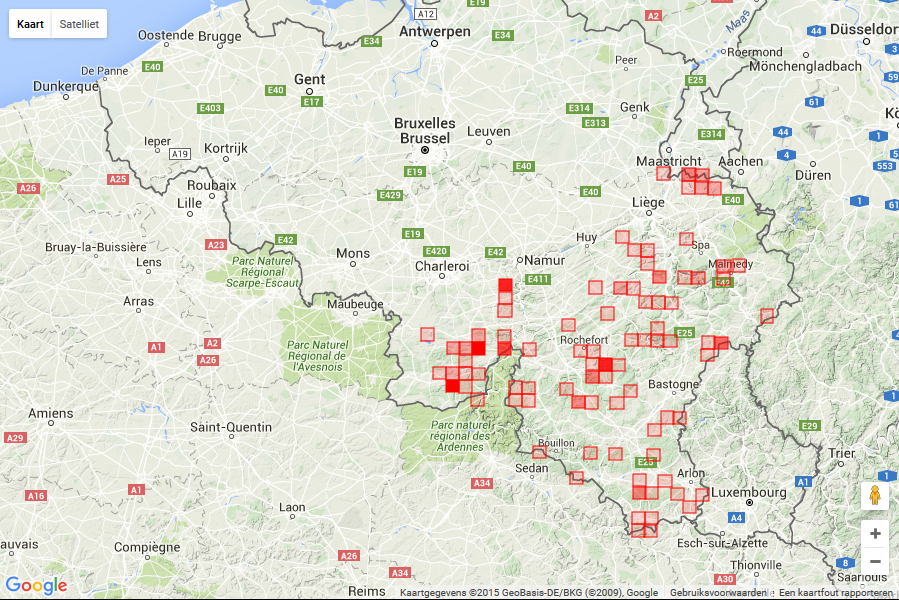 But even then it remains really difficult to see them. I have never seen them outside of nest boxes, whilst I have seen many dozens of Garden (eikel-) and Edible dormice (relmuis). They are now almost completely extinct in Flanders, and only have strongholds in Wallonia. 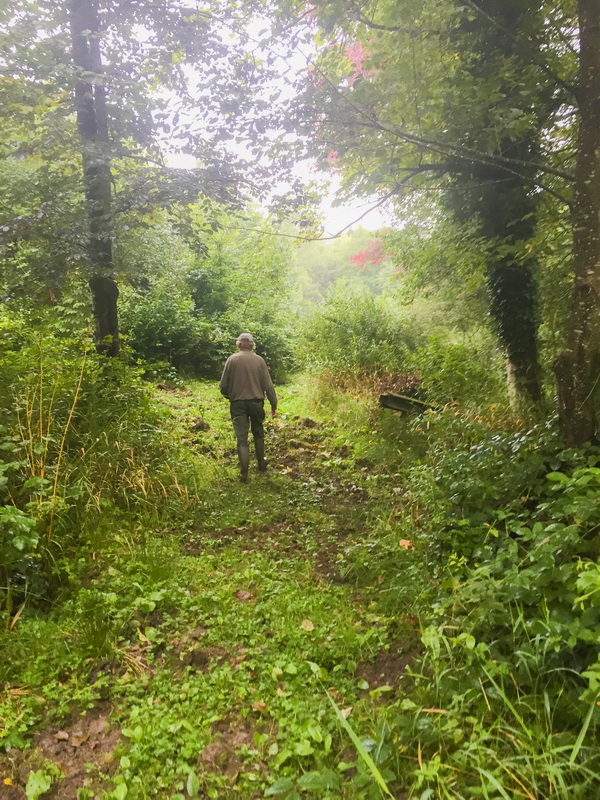 Phone pic illustrating what it was like, to walk through Eric his garden. What a great guy.

After another rainy hour and in one of the last next boxes, PJ got lucky and managed to catch one hazel dormouse. I still don’t know how he caught it. It’s like these mice have springs attached to hem, and as soon as you open the nest box, they are launched into the tree.

We photographed it in several settings and then put it back in its original nest box. 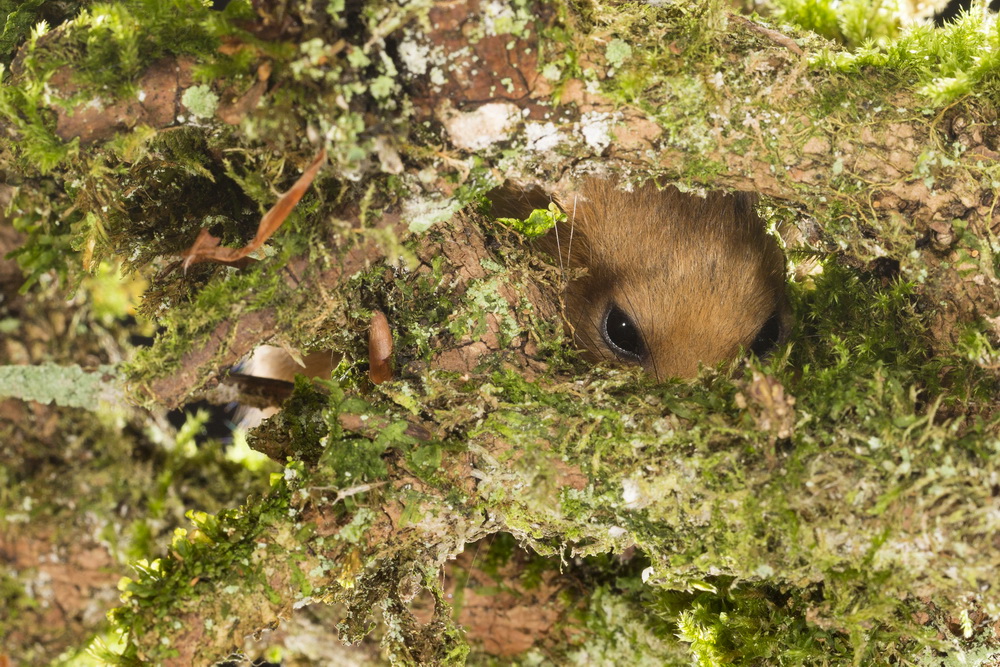 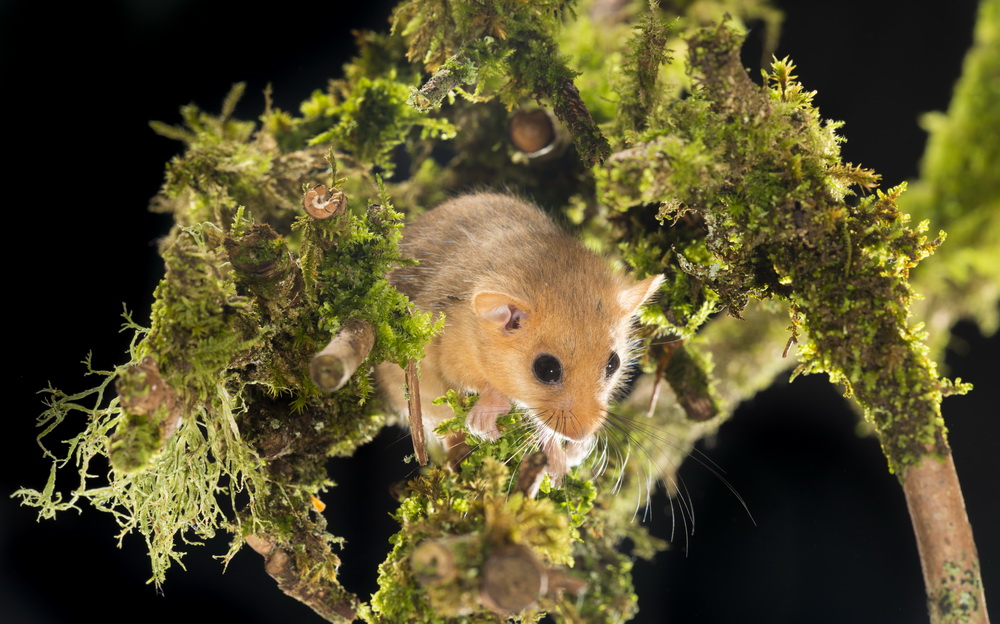 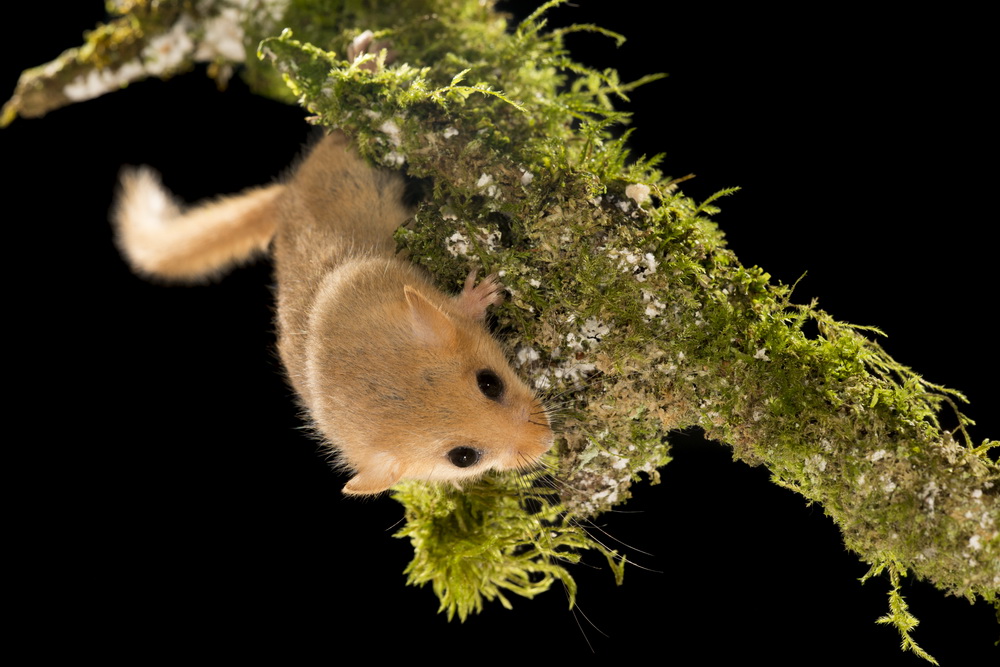 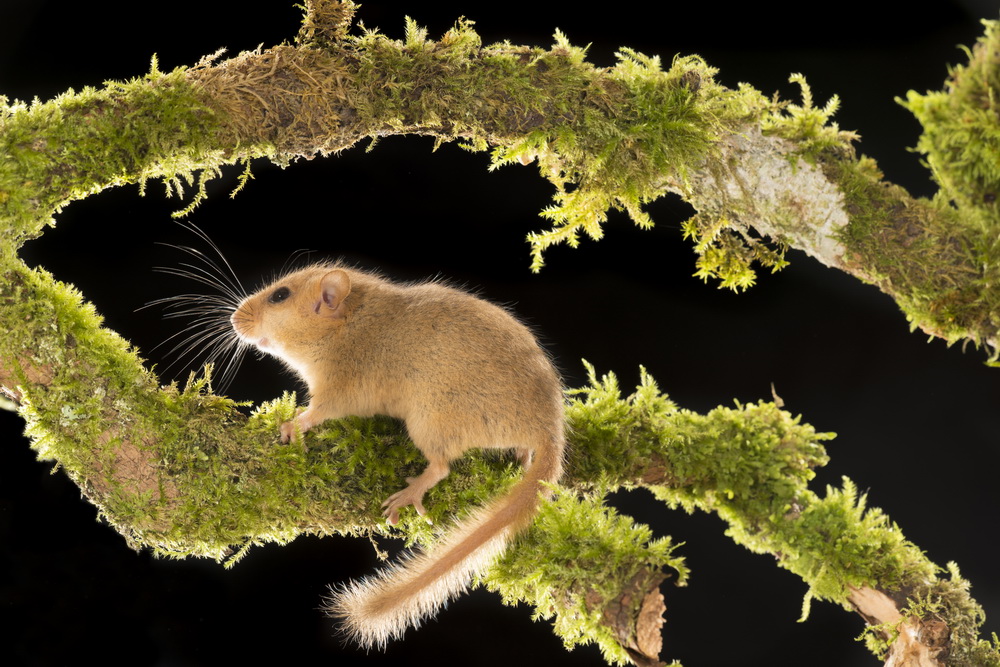 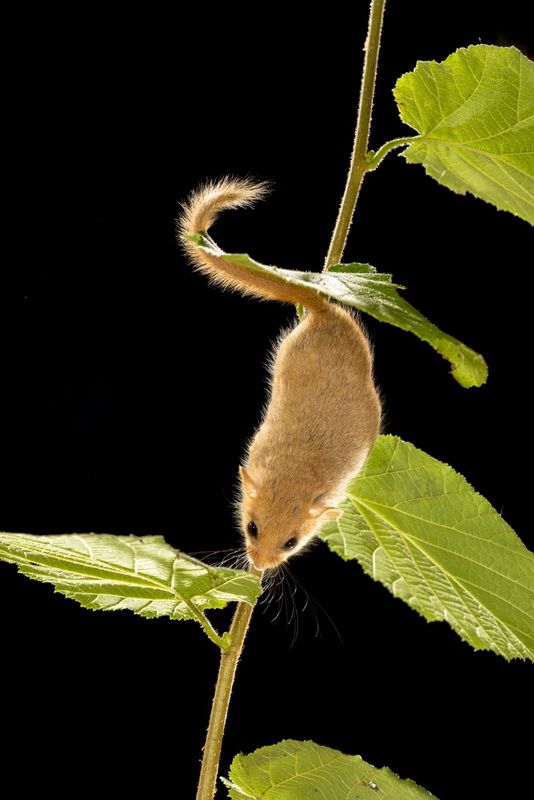 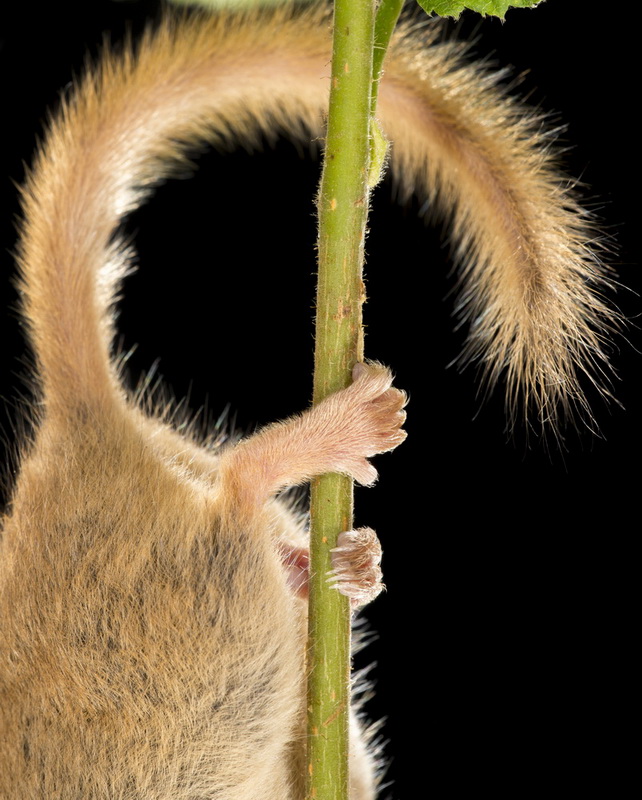 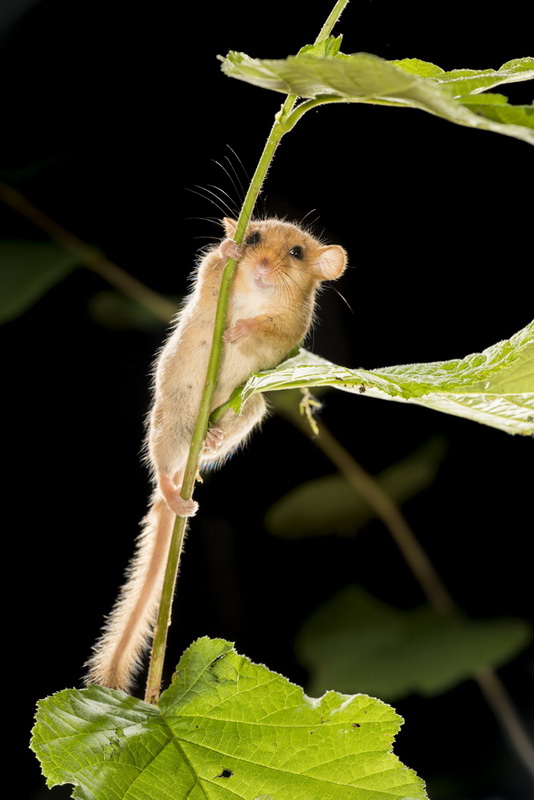 The hazel dormouse requires a variety of arboreal foods to survive. It eats berries and nuts and other fruit with hazelnuts being the main food for fattening up before hibernation. 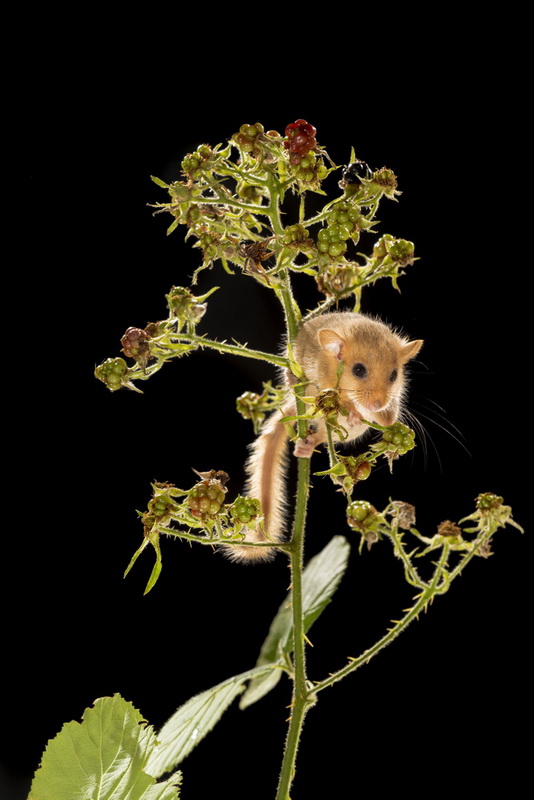 We also took an empty nest box, and offered it to him/her. Home sweet home. 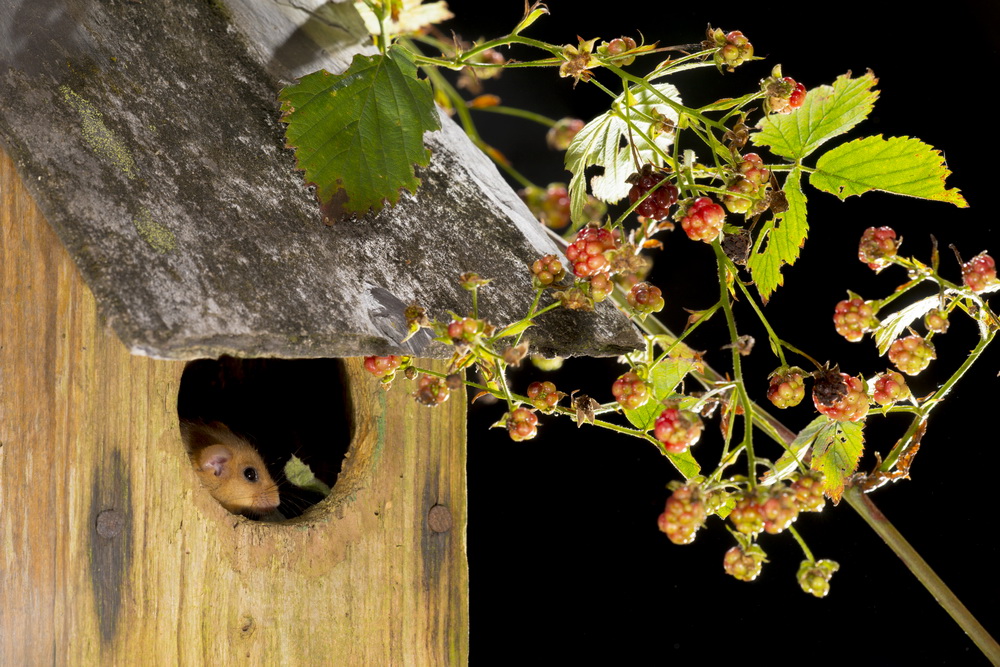 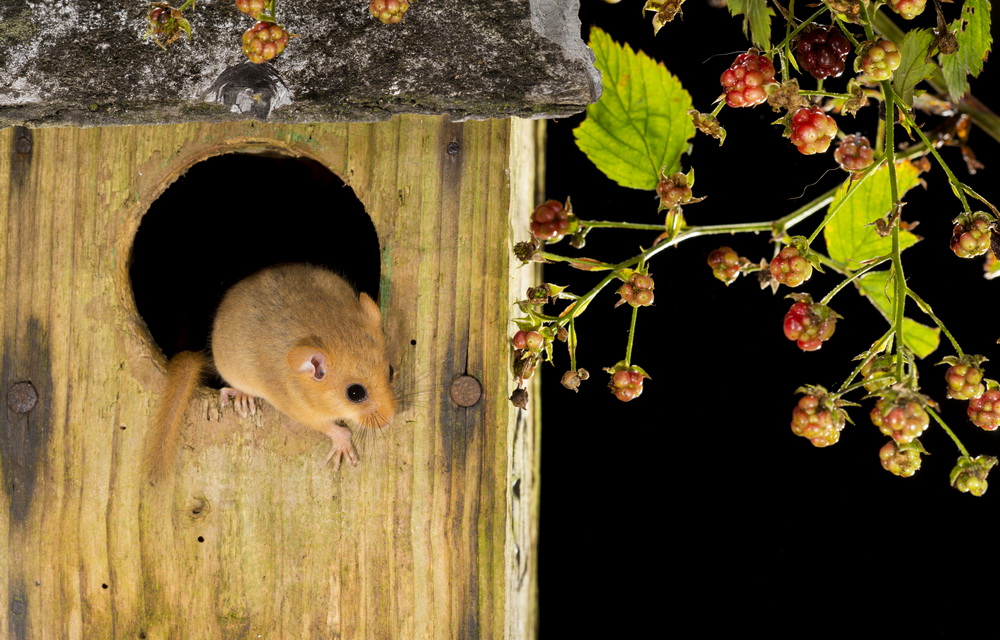 A big thank you to Erik and PJ.